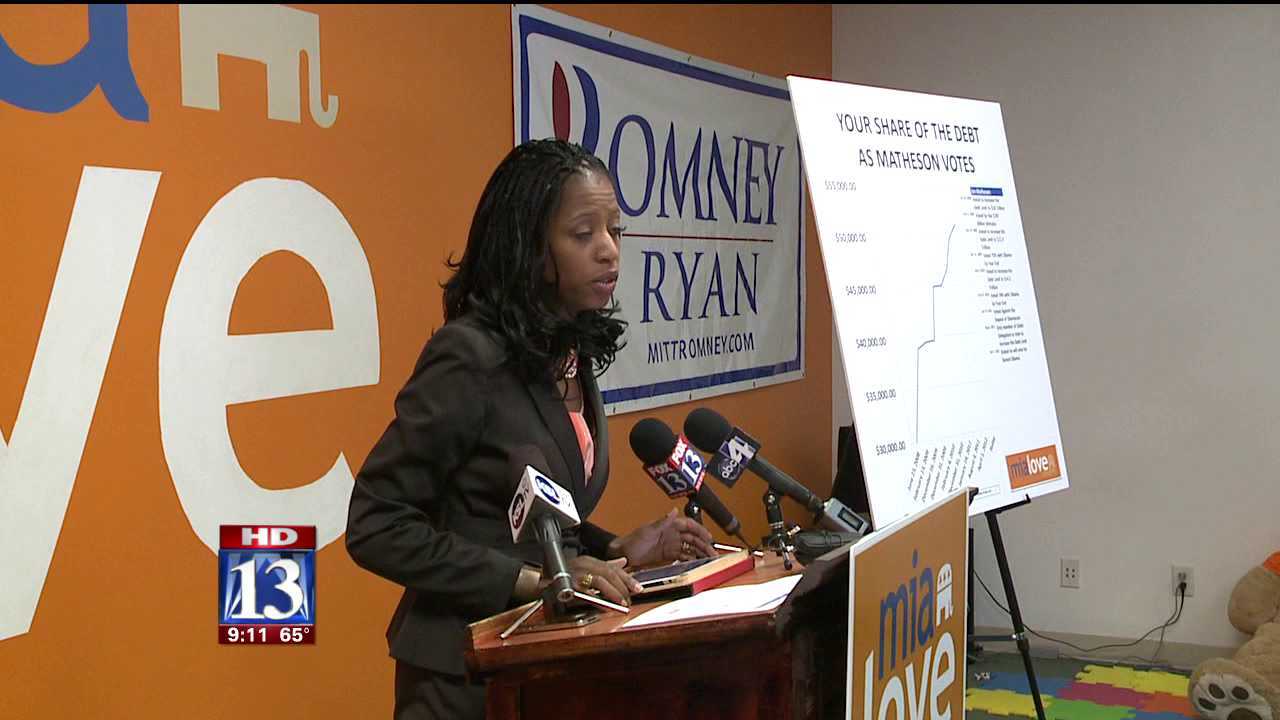 No one is denying it will be a tight race between Mia Love and Jim Matheson. The six-term Democratic congressman is running in Utah's newly drawn 4th district, which is heavily Republican, and his Republican opponent has gained international exposure after taking the stage at the RNC. As election day inches closer, the attacks from both sides get more intense.

"We thought we knew Jim Matheson, but the truth is Jim Matheson doesn't know us, and I believe it's time for a change," said Mia Love just minutes into her planned speech at a scheduled news conference Monday morning. "For the past four years he has not led and he has failed us," Love goes on.

One after another, she recited his record saying, "First time he voted for the debt increase limit was July 23, 2008 and voted for 787 billion dollars stimulus package on Feb 13, 2009."

"Her record is one of raising taxes; mine is one is of lowering taxes," says Jim Matheson.

Fox 13 interviewed the congressman after Love's news conference for reaction. He wasted no time defending his record and attacking hers, saying Love raised taxes in the city of Saratoga Springs by more than 100 percent.

"He has not been a check and balance to President Barack Obama on issues that have mattered most," said Love.

Rep. Matheson said there were reasons why he voted for the stimulus package.

"At a time when our economy was in a real tough spot, a number of conservative organizations like the U.S Chamber of Commerce, Realtors, home builders were all talking about taking some action," said Matheson. "In this case, this bill's primary component was a tax cut for everyone in America."

However, with an endorsement from the GOP's Presidential pick Mitt Romney and exposure at the RNC, Love has gone from the local spotlight to the international spotlight -- something that has no doubt made the race more competitive.

"I'm sure this is going to be a real close race, so I always treat it like every vote counts and I'm going to be aggressive right to 8 p.m. on election day when the polls close," said Matheson.