Man dead after being hit by car in Sunset 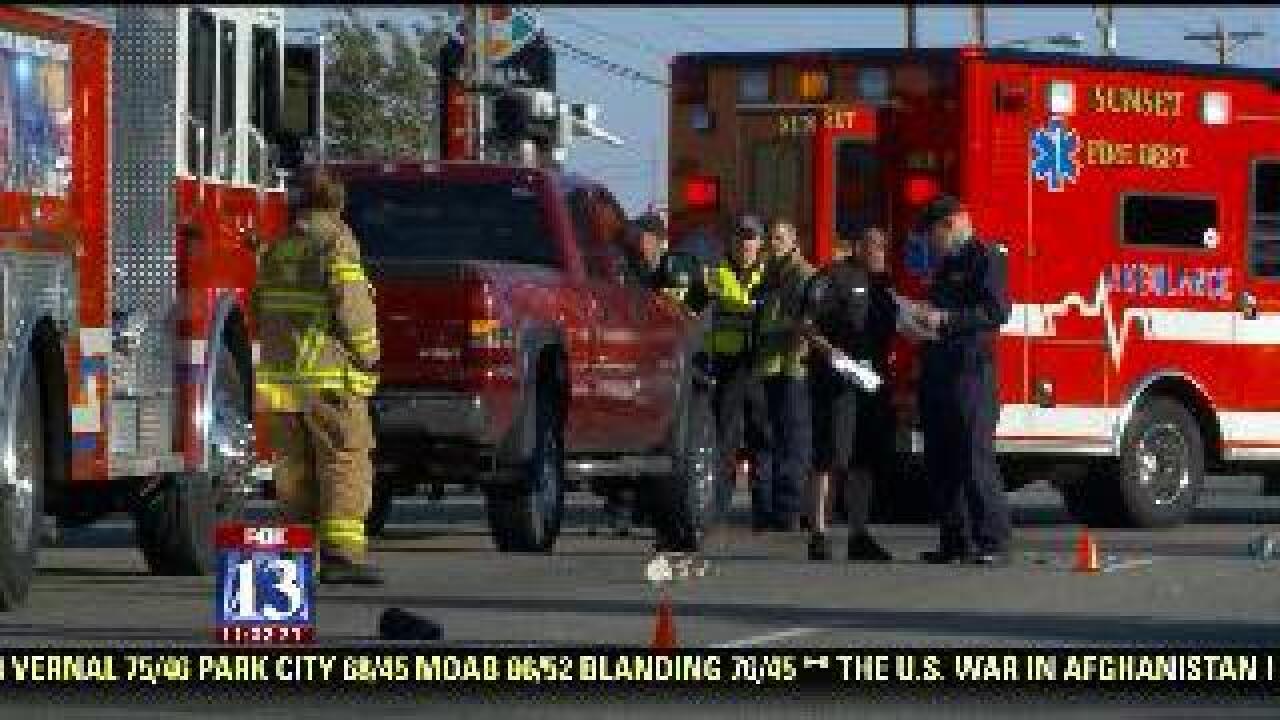 An 85-year-old man died after being hit by a car in Sunset Monday.

The incident happened at 2300 North and Main Street at about 7 a.m.

"It was about seven in the morning, so it was that gray period in the morning where the sun was just getting ready to come up, so very hard to see," said Lt. Bruce Arbogast, Sunset Police Department.

Police said the victim lived in the area and may have been on his way to a bus stop. No citation has been issued yet as police continue to investigate.

Sgt. Susan Poulson, Davis County Sheriff Office, said he was crossing the street, but was not in a crosswalk.