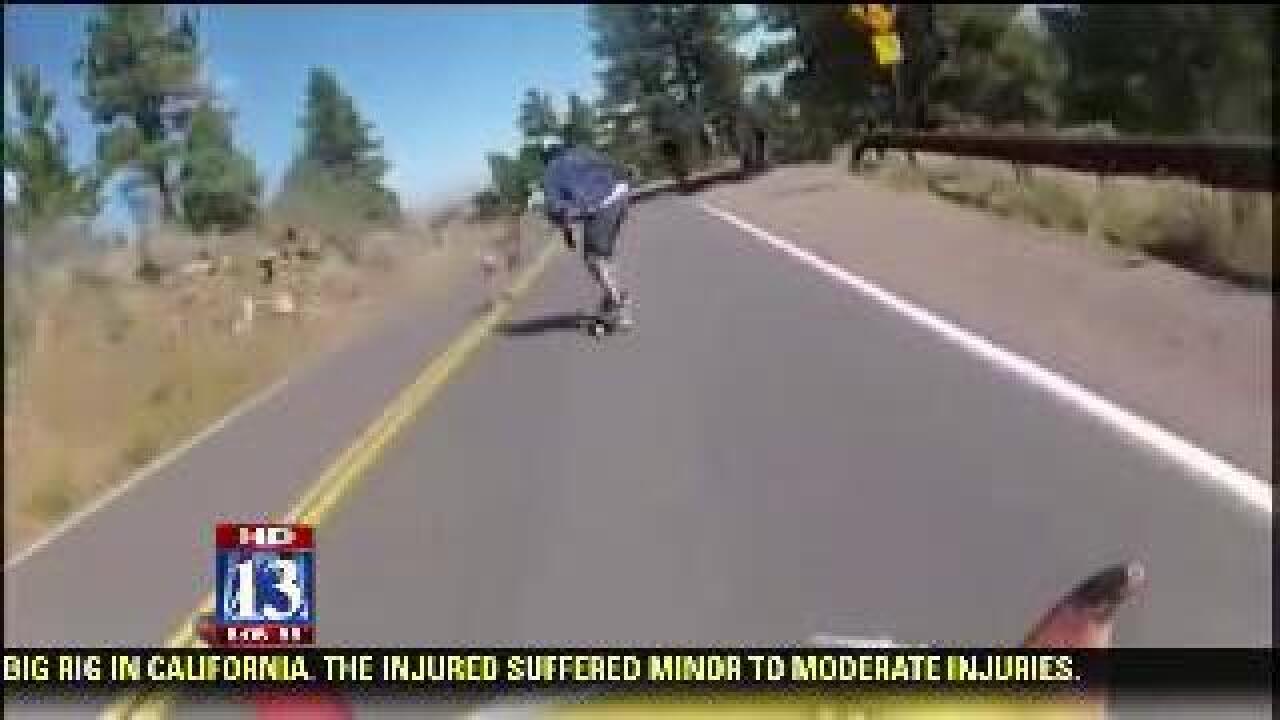 A longboarder going nearly 40 miles per hour down Golden's Lookout Mountain in Colorado was suddenly cut off by a deer. They both collide and tumble off the shoulder of the road.

The rider, 17-year-old Ryan Vitale, of Utah, was taken to a nearby hospital. He did not break anything, although he did have serious road rash and a sore body.

"I remember opening my eyes and being on top of a deer. And then I was pretty much in shock and so was the deer," Vitale said. "I was praying I didn't break anything."

The deer is fine as well.

The footage was all captured by another racer's helmet camera. Boarder Mike Paproski was just a few feet behind Vitale and caught the whole thing on camera.

The Buffalo Bill downhill is cleverly nicknamed the "Bloodspill," and Vitale says he now knows why.

WARNING: The raw video below includes strong language near the end of the clip.