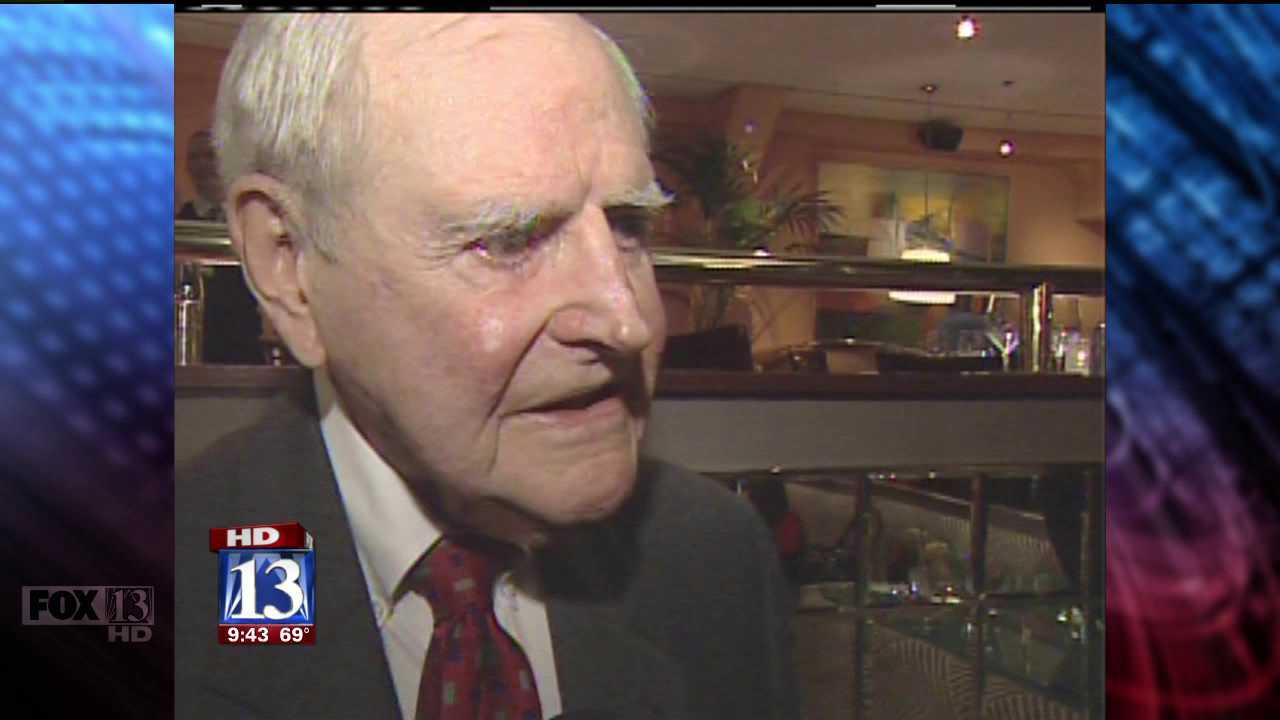 SALT LAKE CITY -- He is arguably one of the most influential activists of his time. John W. "Jack" Gallivan, who has been credited with putting Salt Lake City on the map, died Tuesday due to old age. He was 97.

"I don't know that there was anybody who was as influential in this community in so many aspects as Mr. Gallivan," said columnist Paul Rolly, who has been with the Salt Lake Tribune for 35 years.

Rolly worked closely with Gallivan and grew to know him, not only as a colleague, but as a friend.

Gallivan was born June 28, 1915 in Salt Lake City. He died with a long list of accomplishments. City leaders had memorialized his name with the construction of The Gallivan Center -- one of Salt Lake City's prominent public squares.

Gallivan used his powerful role as publisher in the Tribune's editorials, pushing government leaders to build the Salt Palace. He also played a part in persuading the NBA to bring The Jazz to Utah. Gallivan played a role to help loosen Utah's liquor laws and helped bring the 2002 Winter Olympics to Salt Lake.

"He was one of the most gracious kindest gentlemen I've ever known,” said Rolly.

Rolly said Gallivan helped shape journalism, and while he was his employee, the publisher was also part of his personal life.

"He was a great newspaperman -- I learned a lot from him," said Rolly. "I learned a lot from him through example, and I admired the way he not only produced and put a great newspaper in every sense of the word, but he also used his influence in the editorial pages and through his friendships with the most important movers and shakers of the community to get things done for the good. I feel like I've lost a great friend, a great mentor and someone who I felt cared very deeply for me as he did all his employees at The Salt Lake Tribune."

Gallivan displayed a large range of passions, one of which was philanthropy. One of his latest projects before he died was helping build homes for the homeless.

For more on his life and the legacy he left behind, Paul Rolly's article can be found by clicking the following link to the story: Jack Gallivan, longtime Tribune publisher, dies at 97