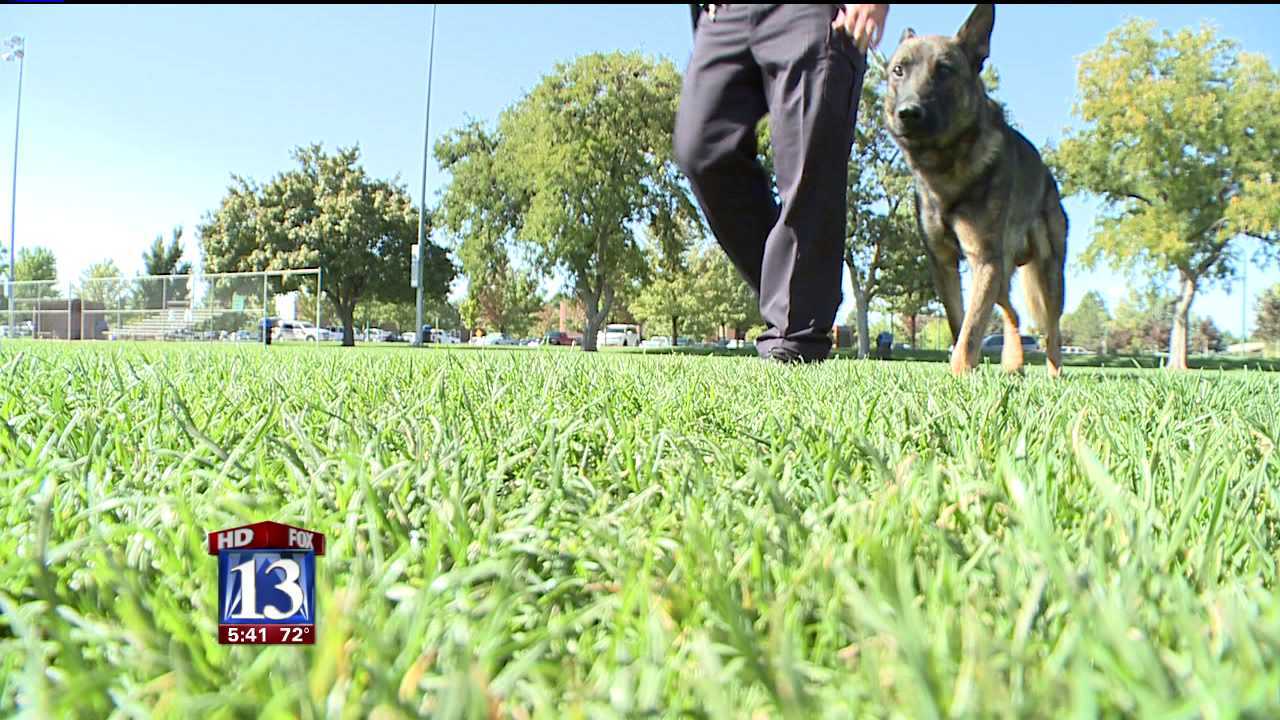 Titan, the 2-year-old German shepherd, replaces Rudy, who died of cancer this year.

"So we are both starting together. That's what's kind of cool," said Dutson.

Dutson always wanted to be on the K-9 unit. He figures a German shepherd would make for the best partner.

"I consider him my partner and a family member now," said Dutson.

When Rudy was put down, Orem Police Sgt. Craig Martinez said they had to come up with some way to afford a new dog.

"When we found out that Rudy was going to have to be put down, we were kind of scrambling with how we are going to fund another dog," said Martinez. "And it actually boiled down to we couldn't."

A new police dog costs about $10,000. Orem Police asked the public to help donate money to purchase a new one. Several people pitched in, including one 7-year-old boy from Sunset who heard of Rudy's death listening to the radio.

Jack Stevenson raised more than $1,500 by selling snow cones and donated it all to help buy Titan.

"Without the donations, I don't think we could have gotten the dog," said Dutson."So I think it's pretty neat the public is willing to help."