U students grade the big debate 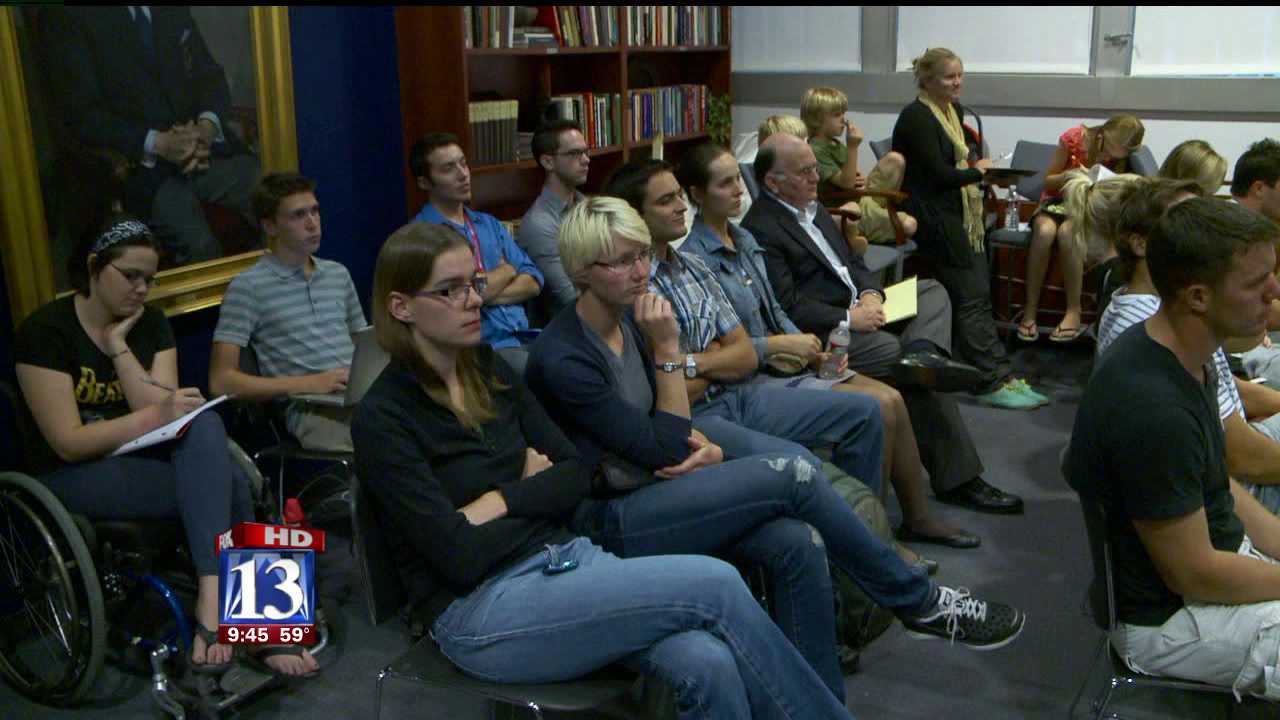 SALT LAKE CITY -- The University of Utah turned the first presidential debate into a combination pizza party/symposium in the Hinckley Institute of Politics caucus room.

The crowd was overflowing, with seats set up in the lobby of Orson Spencer Hall in front of a second large-screen television.

Among the students, strong democrats like Mitchell Menlove, who has volunteered for the Obama Campaign. Even so, he didn't think the president scored a clear victory, "They're both great debaters. Both had great points. Just coming from my bias I would say the President [won]."

Katie Jowers, a Republican whose family has close ties to the Romney's thought the outcome was obvious, "Of course I think Mitt Romney really dominated the debate and I feel like he's the best leader for our country right now."

Joe Glancy says he went into the debate undecided: "I was probably more directly in the middle to begin with and in the debate I felt like Obama did a pretty good job."