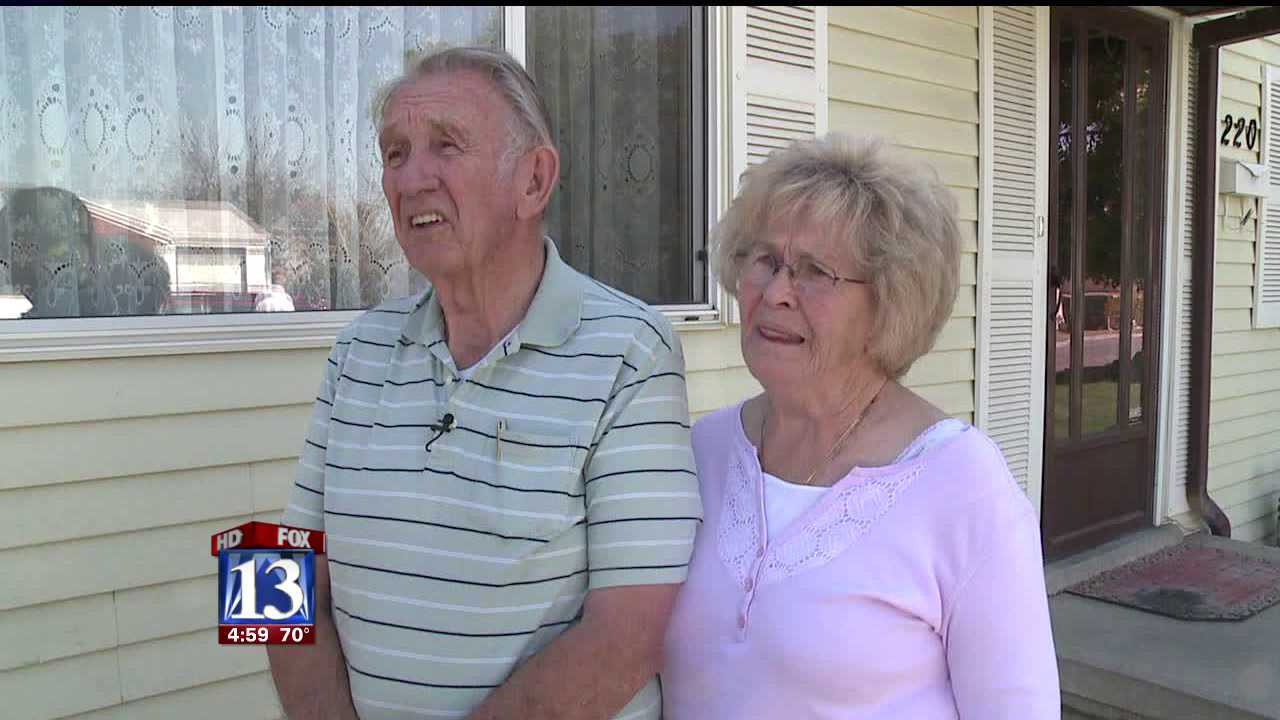 SANDY, Utah -- Police say a couple was tied up and robbed during a break-in at their home Thursday morning.

Sandy Police said a male suspect entered the home at 220 E. Pioneer Avenue (8560 South) by impersonating a law enforcement officer. The victims, an elderly couple, were convinced and after the suspect asked to enter the home, allowed the man inside.

"He had a big police badge right in the middle of his chest there and he said, `I need to talk to you for a few minutes,' and I said 'all right,'" said homeowner Clayton Green.

Sharon and Clayton Green said they saw no reason not to believe the man, until his attitude changed when he entered the house.

"He came right up to me and Sharon both and held the pistol right at our forehead, right there, and he said something about 'do what I say or I`ll kill you,'" said Clayton.

Clayton said the suspect then tied them up using zip ties and laid them on the floor while two other men went through the home and stole their valuables.

"When they left, the one [zip tie] on my wrist wasn`t too tight and I was able to pull my hand out," said Clayton. "And got my pocket knife out and cut us out and called the police."

Police said the couple was unharmed.

Sandy Police said it is a robbery situation unlike anything they have dealt with in the past. They said it is personal for them because it is an affront to the trust they have built with citizens.

The Greens were not able to get a good look at the suspects, other than saying one displayed a badge and two or three others were wearing masks. However, neighbors saw a large, white cargo van outside the home during the time of the robbery.