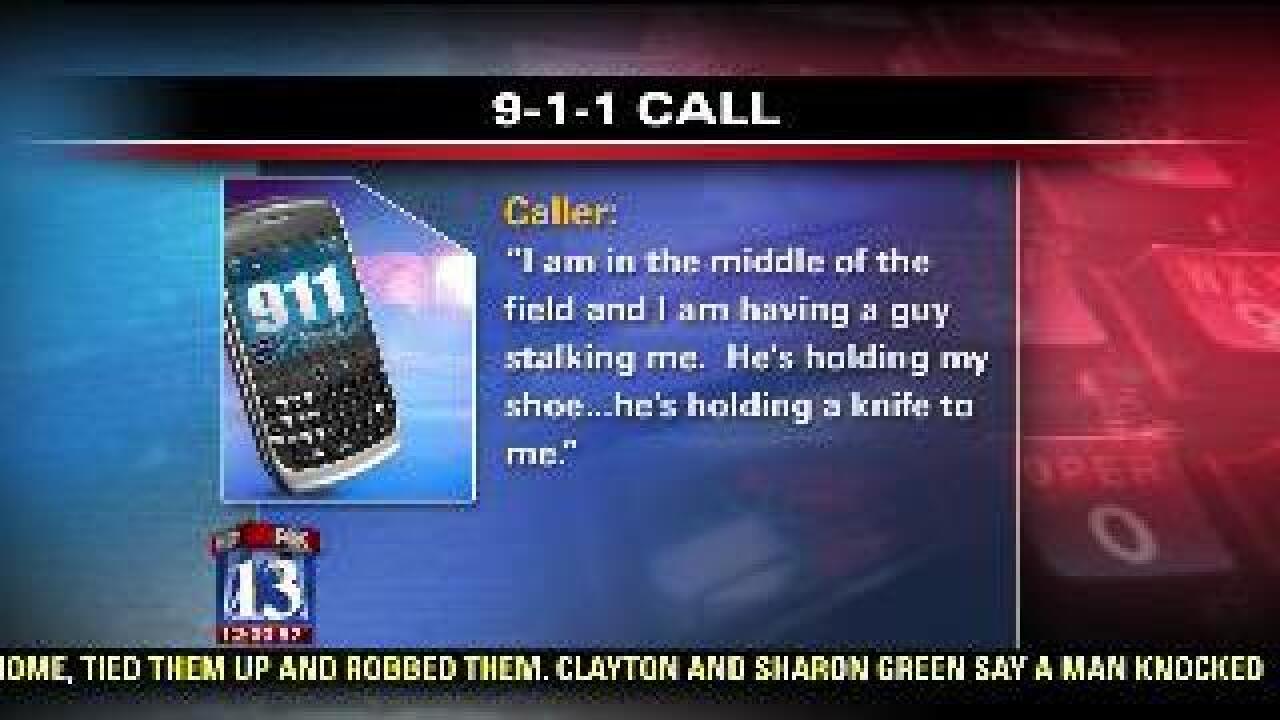 SANDY, Utah -- Police have released 911 tapes Friday that reveal the chaotic scene that unfolded when a man attacked a woman in Sandy.

A 25-year-old woman was walking alone when police say she was attacked from behind by a man with a large hunting knife. Police said the victim fought him off with a soda bottle and called 911.

As the dispatcher attempted to ask the woman for additional information, she begins screaming and it sounds like buttons are being pressed on the phone.

"I can't imagine getting that call, hearing someone say 'this is happening to me, someone is threatening me with a knife,'" said Sgt. Jon Arnold, Sandy Police Department. "Then all of a sudden you are hearing the struggling with the cellphone and trying to make contact with the dispatcher."

The woman was not injured in the attack, according to police.

The suspect has been described by the woman as a white man in his 30s with shaggy blonde hair. He was wearing an orange hoodie and khaki pants.