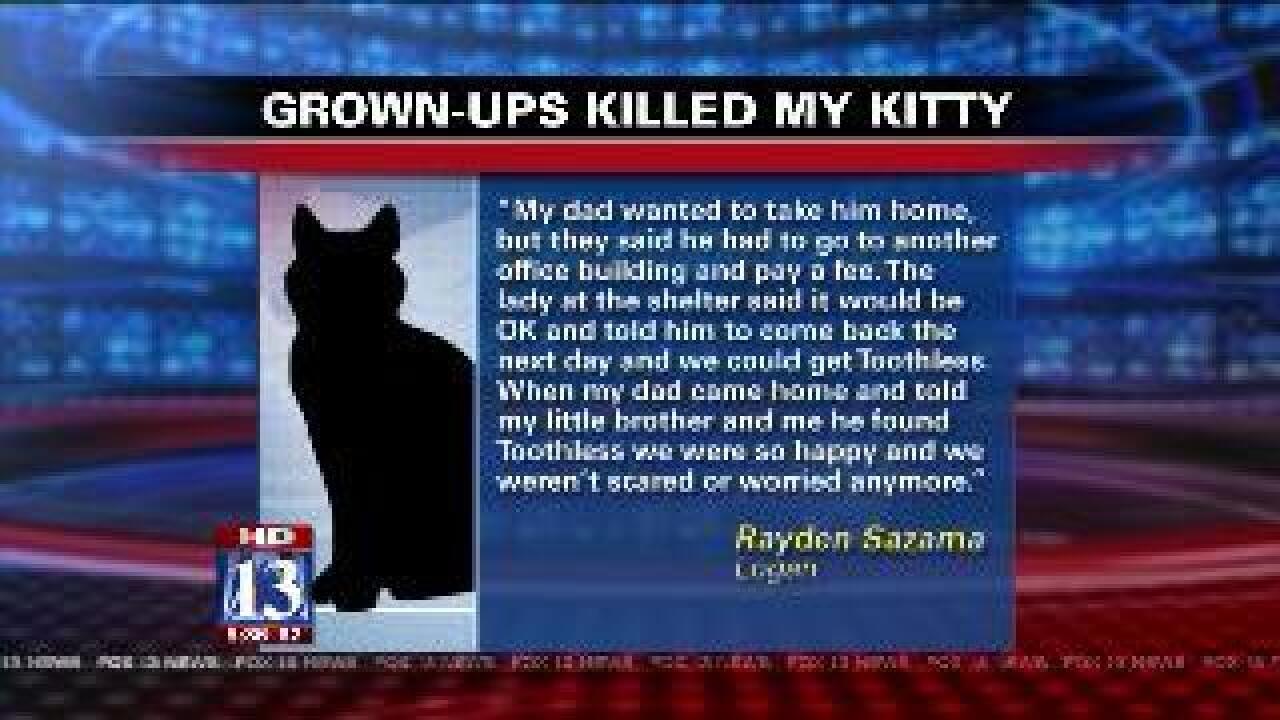 LOGAN, Utah - A young Logan boy has attracted a lot of attention writing a letter to a local paper after his cat was accidentally euthanized.

8-year-old Rayden Sazama wrote a letter that was published in the Logan Herald Journal documenting the incident.

He says Toothless, his black cat, went missing and, after a couple days, his dad went to a local shelter to look for the cat. Even though it was after 6 p.m. and the shelter was close to closing, Rayden's dad was able to look for Toothless.

Rayden's dad found Toothless in the shelter but he wasn't able to take the cat home until the next day.

"My dad wanted to take him home, but they said he had to go to another office building and pay a fee. The lady at the shelter said it would be okay and told him to come back the next day and we could get Toothless. When my dad came home and told my little brother and me he found Toothless we were so happy and we weren't scared or worried anymore," Rayden wrote in the letter.

But when they went back to the shelter the next day, the cat had already been euthanized. Shelter officials say there was a miscommunication and they didn't know a family was waiting for Toothless.

Rayden's dad says he wanted to write the letter to help Rayden understand what had happened. He didn't want the incident to be a shaming experience for the shelter, something he says is an asset to the community.