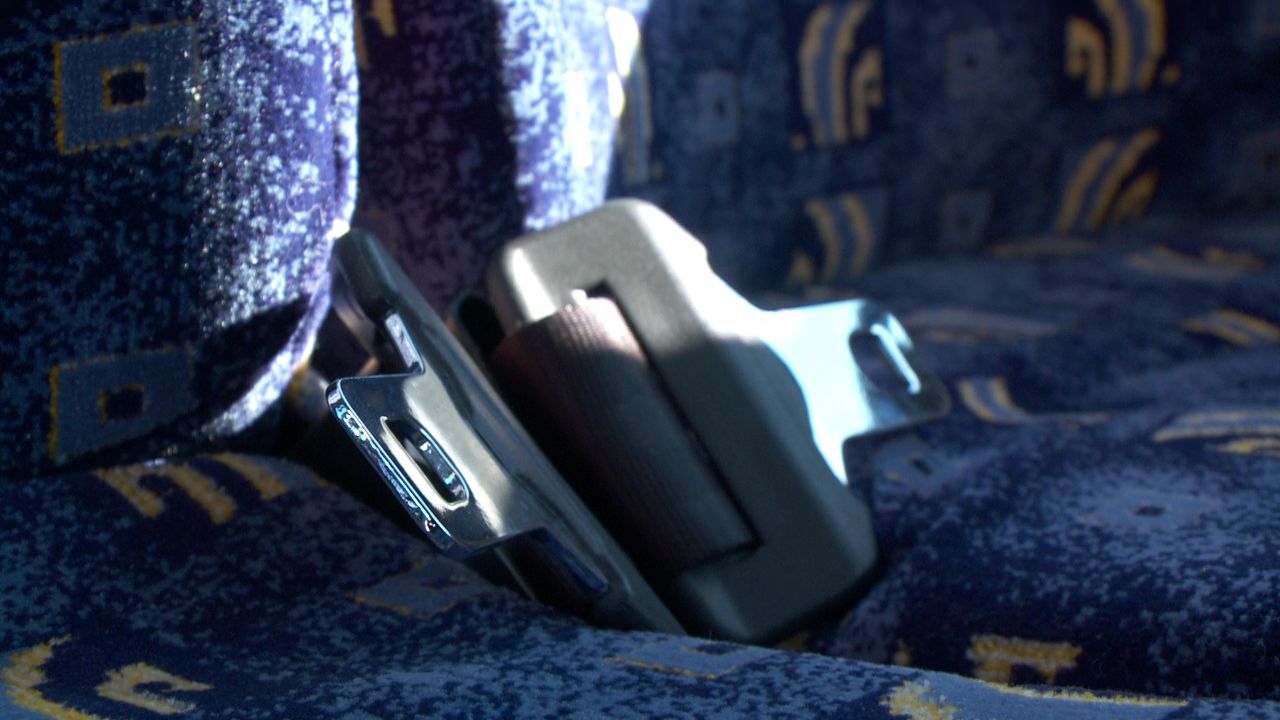 SALT LAKE CITY - A major tour bus company spent millions of dollars installing seat belts in its buses even though it isn't required by law. The All Resort Group say the cost is worth the reward of saving lives and they hope the public and government take notice.

The Utah Department of Public Safety says 75 people in Utah get injured each year, and unrestrained passengers and drivers are 31 times more likely to lose their lives.

CEO of the All Resort Group Richard Bizzaro says installing seat belts is a small price to pay to keep their riders safe.

"On a coach like this - which is 56 passengers - and they sell for almost 500K a piece. To have 3-point seat belts put in is an extra three thousand dollars so really very little," Bizzaro said.

There are laws requiring all drivers and passengers be belted in a car, there aren't federal or state regulations for seat belts in buses.

"It's been my experience that people would like to see them there and if they were there they'd use them," said Bizzaro.

Becky Johnson stopped by the All Resort Group to check out their new fleet. She says it's encouraging to see them take initiative for something she thinks is a great idea.

"I've actually been on several different tour buses around town and activities and in different town. I've always kind of wondered about it," she said. "Sometimes it's snowy conditions and sometimes it's bumpy roads and I think it's dangerous not to have them in there."

Bizzaro is hoping the public takes notice of the belted buses and that there is a trickle effect.

"I would urge the public to think about school buses. Children are not required and there are no seat belts on school buses and it's just baffling. I can't understand why the government would't want to ensure the safety of our children. I have two grandchildren and when they get on the bus I think about that," he said.

Bizzaro says the mentality that seat belts save lives should be applied to all types of transportation, including his fleet of buses.