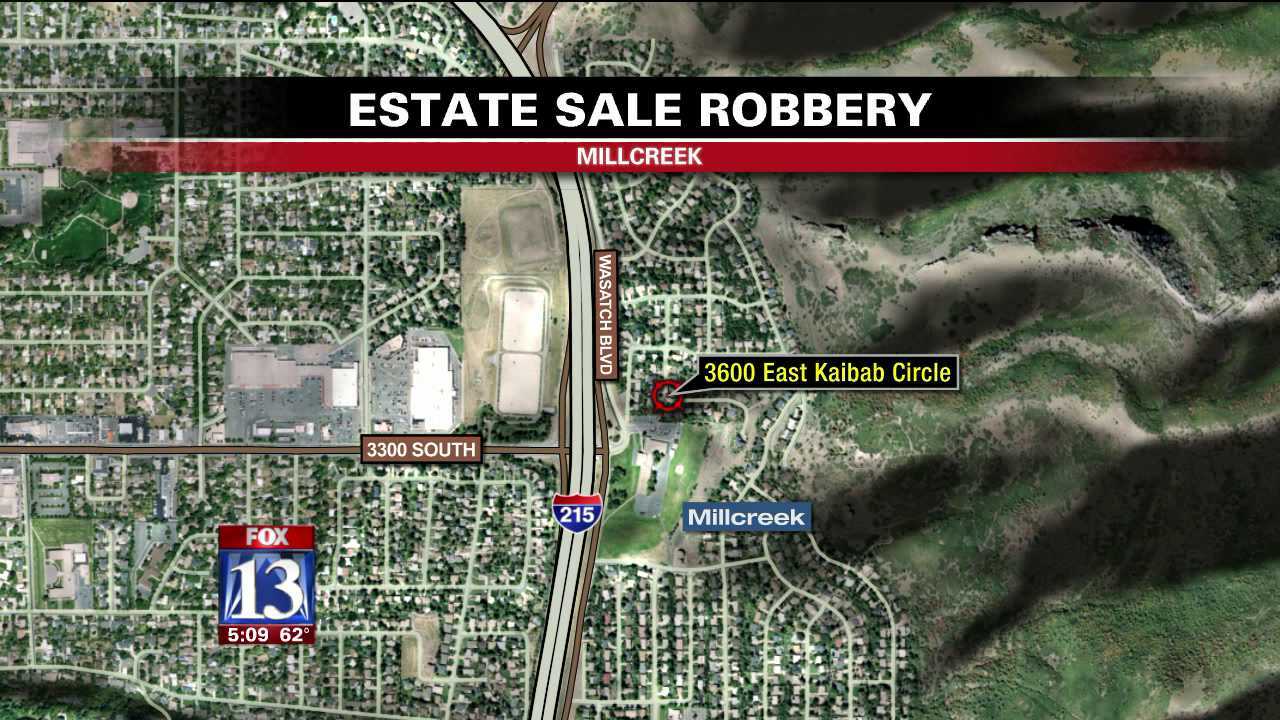 SALT LAKE CITY – Police in Millcreek are looking for a man they say stole $4,000 at an estate sale on Sunday afternoon.

Hoyal says the man browsed for about 15 minutes before grabbing a cash box containing about $2,000 in cash and about $2,000 in checks and running out the door. The suspect then jumped on a bicycle and attempted to flee, but crashed his bike, forcing him to flee on foot. Police searched the area but were unable to locate the man.

He is described as tall and thin with sandy blond hair and a missing front tooth. At the time of the robbery, he was wearing a multi-colored vest with a long-sleeved shirt.