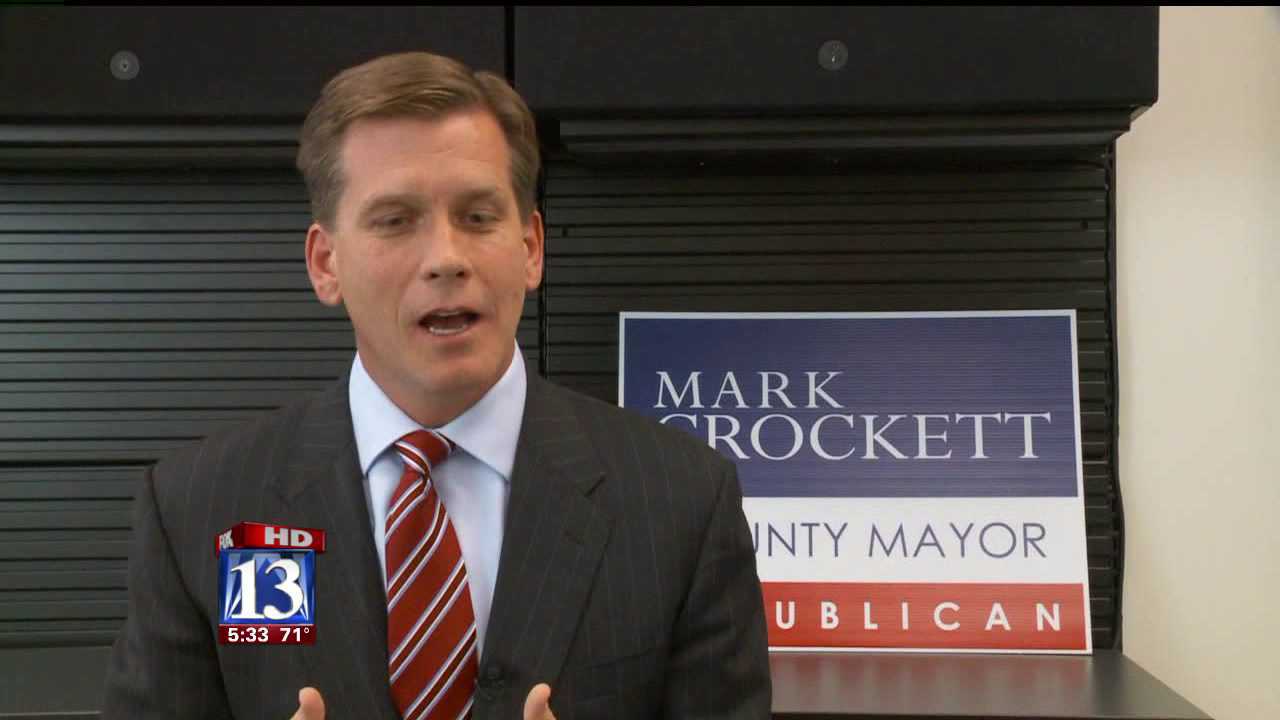 SALT LAKE CITY -- Republican candidate for Salt Lake County Mayor, Mark Crockett, is being accused of misusing company logos on a poster for a news conference he held a few weeks ago.

Utah political blogger and Democrat, Eric Ethington, said he looked into several companies whose logo was displayed on Crockett's poster and called them trying to find a connection. He found the companies had no idea that their logo was being used and all denied having anything to do with the candidate's campaign.

"He started using their logos and really implying just explicit endorsements from these companies in his campaign literature," said Ethington.

Bank of America, Colorado Department of Natural Resources and Bank of New York Mellon, Ethington claims the companies he spoke with by phone wanted to make it clear to the public they are not endorsing Crockett. And while most would not comment on whether they have worked with Crockett, one company claimed to never heard of Mark Crockett.

Sonovus told Ethington: "We don`t have any record of him at all, nor do we make political endorsements."

"Bank of America, the Colorado Department of Natural Resources, all these companies, the one thing they wanted to make very clear when I called them was 'we are absolutely not endorsing Mark Crockett and we are very upset to hear that he is using our logo without asking us for political gain,'" said Ethington.

Crockett told FOX 13 he never implied they endorsed his campaign and said he identified them because he once worked for the organizations. Crockett said he used the logos to cite work history and experience.

"What I have said is that experience matters," said Crockett. "That we don't want someone who is just learning on the job."

The Republican candidate said he had worked with all the companies on the poster, including Bank of America's public project, New BAC.

"I've helped turn things around at Kaiser Permanente Health Care and Bank of America this past year; we know they needed help," said Crockett.

Crockett is a management consultant for McKinsey and Company, which helps manage corporations. He thinks the accusation is a "smear" and part of a series of things Ethington has been part of raising concerns over, one of which Crockett took personally.

Crockett's campaign has since sent a cease-and-desist letter to both Ethington and Jeff Bell from "The Left Show" after they released public documents showing a tax lien on one of Crockett's properties.

"The only reason I reacted like that is because they posted my Social Security number, my mother's maiden name and my home address, which is all that a person needs to commit identity theft," said Crockett.

Crockett says this is just another attempt to discredit him because his Democratic opponent Ben McAdams is down in the polls.

"The fact that he would react that strongly I think it just shows a real temper on the man and worries me about his temperament," said Ethington.

According to the latest Dan Jones Poll, Mark Crockett is ahead of Ben McAdams by three percentage points.