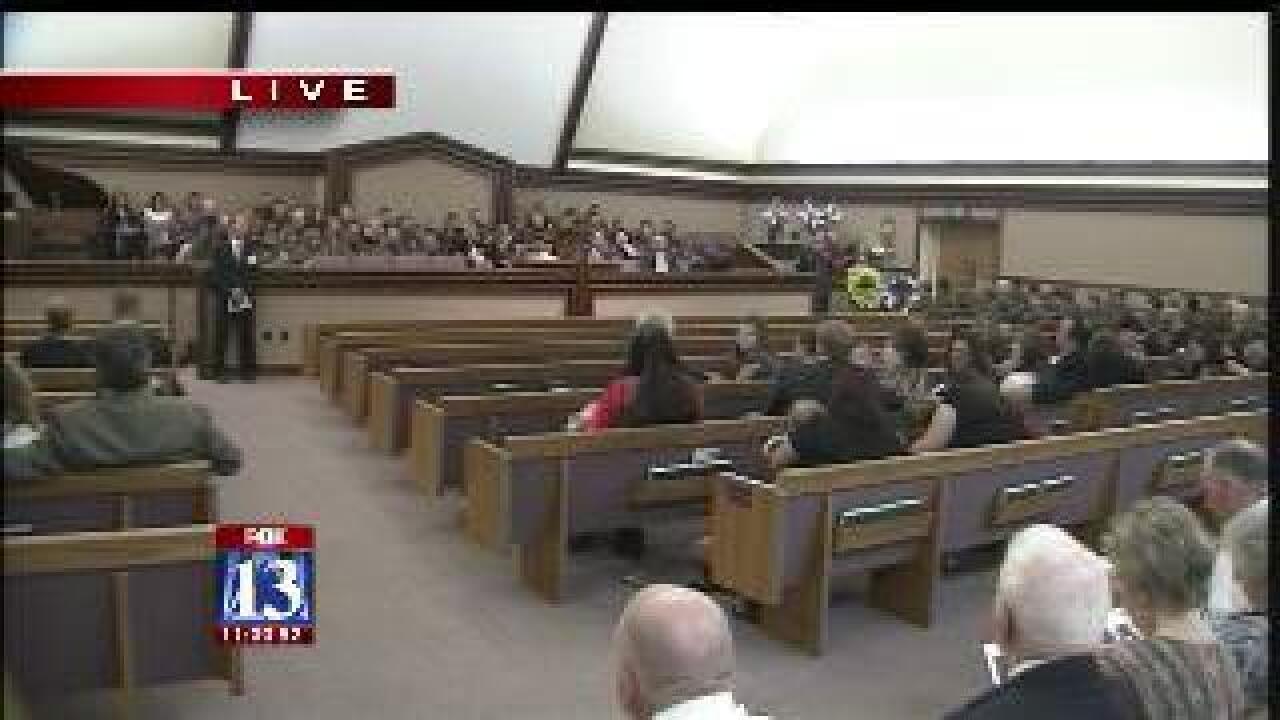 Family and friends mourned the loss of a Border Patrol agent killed in the line of duty last Tuesday.

The memorial service was Monday morning at the Church of Jesus Christ of Latter-Day in Sierra Vista, Arizona. During the service, children sang and fellow Border Patrol agents remembered 30-year-old Nicholas Ivie.

Ivie leaves behind his wife Christy and two young daughters. The loss brought co-workers to tears.

“It is the sweetest and most sacred of privileges as a friend to pay tribute to your husband and father, your brother and son,” said Aaron Kerr with the U.S. Border Patrol Last Tuesday.

In the early morning hours, Ivie and two other agents responded to a tripped sensor. The head of the Border Patrol Union says another set of agents responded as well. Everyone was coming from different directions and Ivie fired the first shot, mistaking his colleagues for armed drug smugglers.

“The investigation is still ongoing and in deference to authorities that are completing the investigation, the family has elected not to make any comments," said family spokesperson Kevin Goates. "The fact is their son has been lost and he was performing his duty and died in the performance of that duty doing what he was trained to do and that makes him a hero.”

"I explained to Agent Ivie's family that if the investigation ultimately reaches that conclusion. It changes none of the following facts that Agent Ivie gave the ultimate sacrifice and died serving his country," said Commander Jeffrey Self with the U.S. Customs and Border Protection.

After Ivie started shooting, his coworkers returned fire, killing him and wounding another agent.

"And the injured agent also was acting in his responsibility doing all the things he was trained to do and that makes that agent a hero too," said Goates

Perhaps most moving at this memorial, Ivie`s family actually asked the agent who fired the fatal shot to sit next to them in their time of suffering.

Ivie’s body will return to Utah Tuesday for a second funeral on Thursday at Utah Valley University.

Ivie be buried at the Spanish Fork cemetery.