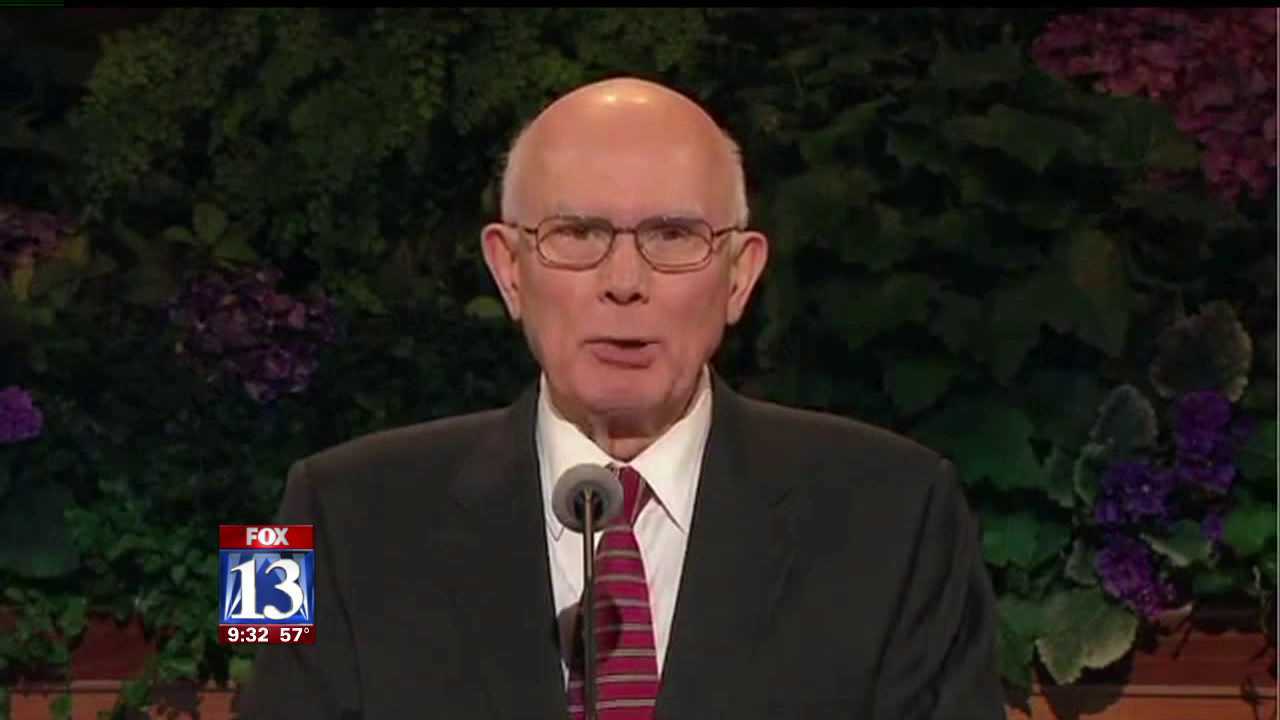 SALT LAKE CITY -- Remarks by a general authority of The Church of Jesus Christ of Latter-day Saints on everything from abortion to single moms and same-sex parents are generating criticism.

During his speech at Saturday afternoon's session of General Conference, Elder Oaks urged more to be done to protect children. Oaks decried abortion as an "evil," and spoke out against abuse and bullying.

"Children need others to speak for them and they need decision makers who put their well being ahead of selfish adult interests," he told conference attendees.

In his remarks, Elder Oaks also suggested children of divorce or unwed mothers are at a disadvantage.

"For children, the relative stability of marriage matters," he said. "We should assume the same disadvantages for children raised by couples of the same gender. The social science literature is controversial and politically charged on the long-term effect of this on children."

His comments, particularly on same-sex parenting, generated some criticism.

"In my eyes, it's hurtful. For somebody to judge my family without knowing my family, we're very normal," said Amy Dillon, who is raising two children with her partner, Staci Larsen.

Larsen said the remarks seemed counter to what she was taught when she was a Mormon.

"Being raised in that religion, I don't have those same thoughts. I was taught not to judge others, to love everybody," she said.

Dr. Doug Goldsmith, a child psychologist, said a 2010 study reported by the American Psychological Association found essentially no difference in the development of children raised by either heterosexual or homosexual couples.

"Certainly clinically, we have not seen anything that would give us concern about children that are being raised in gay or lesbian families," he said. "Certainly there's nothing developmentally at risk for these kids and basically, what the children looking for is, 'Are there two parents that are loving me and taking great care of me?' And we haven't found children that are terribly confused by it."