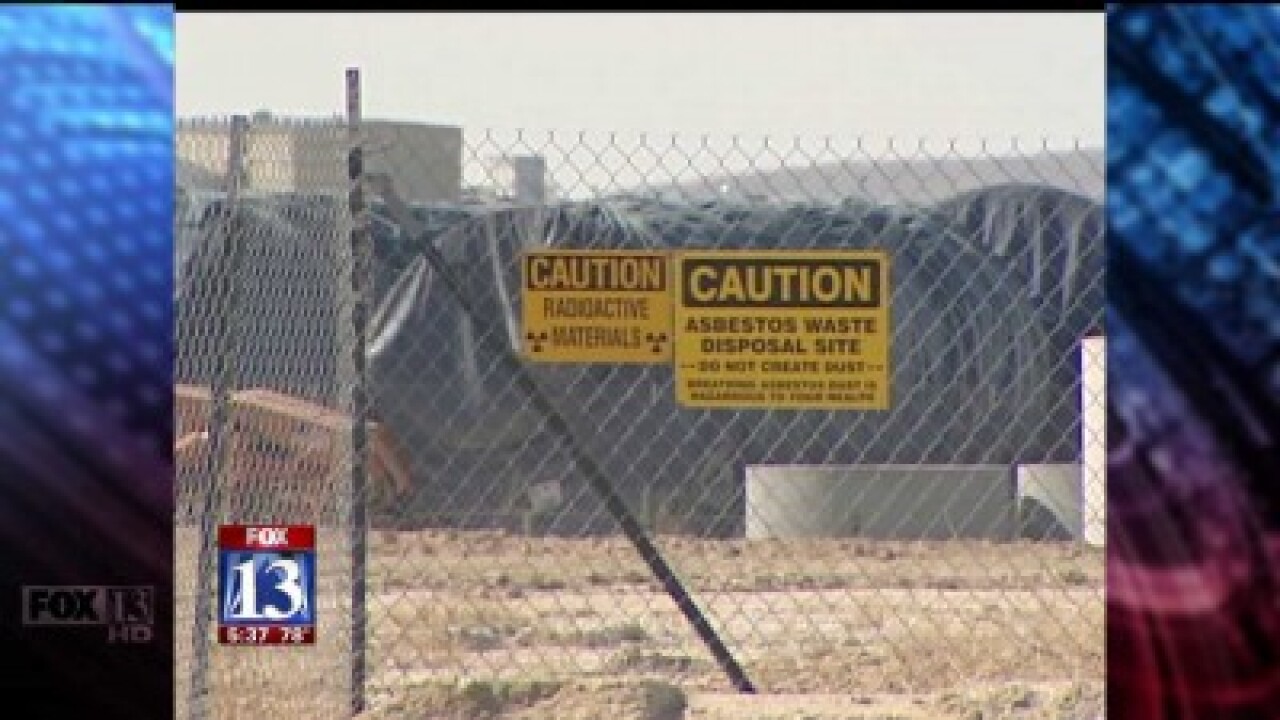 SALT LAKE CITY -- One of Utah's biggest corporations, EnergySolutions, has laid off hundreds of workers worldwide.

The nuclear waste management company says its part of a restructuring plan. Energy Solutions says it had to cut costs in order to stay profitable and continue to grow. The company filed for restructuring with the Security Exchanges Commission (SEC) early Tuesday. Part of its plan is to let go 265 employees.

"It's a tough week; I mean anytime that you've got to notify people that they're losing their jobs, it's tough for everyone involved for sure," said Mark Walker, vice president of marketing and media relations at EnergySolutions.

The company employs more than 5,000 worldwide and of the 265 people being laid off, about 80 of those are in Utah, who work at the Clive Facility and the company's corporate headquarters in Salt Lake City.

That reduction in force is a result of a new management taking over the company back in June.

According to the SEC filing, the company will reduce its expenses by about $35,000,000 a year. Walker said the restructuring puts the company in a position to grow and pay off its $800,000,000 debt.

Spencer Eccles, executive director for the Utah Governor's Office of Economic Development released a statement saying, "It's difficult to say if there will be long term negative impacts for the Utah economy from today's announcement, but anytime there are job losses involving a Utah company we are concerned. This is one reason we have been working to develop a strong business climate in the state. With a strong business environment, it becomes easier to find work for people laid off when a local company makes changes. Utah Workforce Services has developed strong programs to find work for laid off Utahns. The state also has a series of programs to retrain and laid off workers for jobs requiring new skills."

On October 8, 2012, EnergySolutions, Inc. (the “Company”) initiated a restructuring plan (the “Plan”) to reduce its operating costs and improve profitability. Under the Plan, the Company is reorganizing its business reporting units, reducing its facility footprint and implementing a reduction in force of approximately 265 employees across multiple business segments and functions. The Company expects to complete the Plan by the end of the fourth quarter of 2012.  The Company estimates that the Plan will result in a reduction in expenses of approximately $35 million annually, not including restructuring charges associated with the Plan.

As a result of the Plan, the Company expects to incur total restructuring charges of between $12 million and $16 million, substantially all of which represent cash expenditures. The foregoing estimated charges include between $9 million and $11 million for severance, termination benefits and employee relocation costs, and between $3 million and $5 million for facility costs.

Certain statements in this Current Report on Form 8-K may be deemed to be forward-looking statements under the Private Securities Litigation Reform Act of 1995. The Company intends that all such statements be subject to the “safe-harbor” provisions of that Act. Such statements include those pertaining to anticipated accounting charges, cash expenditures and operating expense cost savings and improved profitability. Many factors may cause the Company’s actual results to differ materially from those discussed in any such forward-looking statements, including those risks and uncertainties described in the Company’s filings with the U.S. Securities and Exchange Commission, including the Company’s most recent Annual Report on Form 10-K and subsequent Quarterly Reports on Form 10-Q, as the same may be amended from time to time. The Company undertakes no obligation to publicly update or revise any forward-looking statements, whether as a result of new information, future events or otherwise.