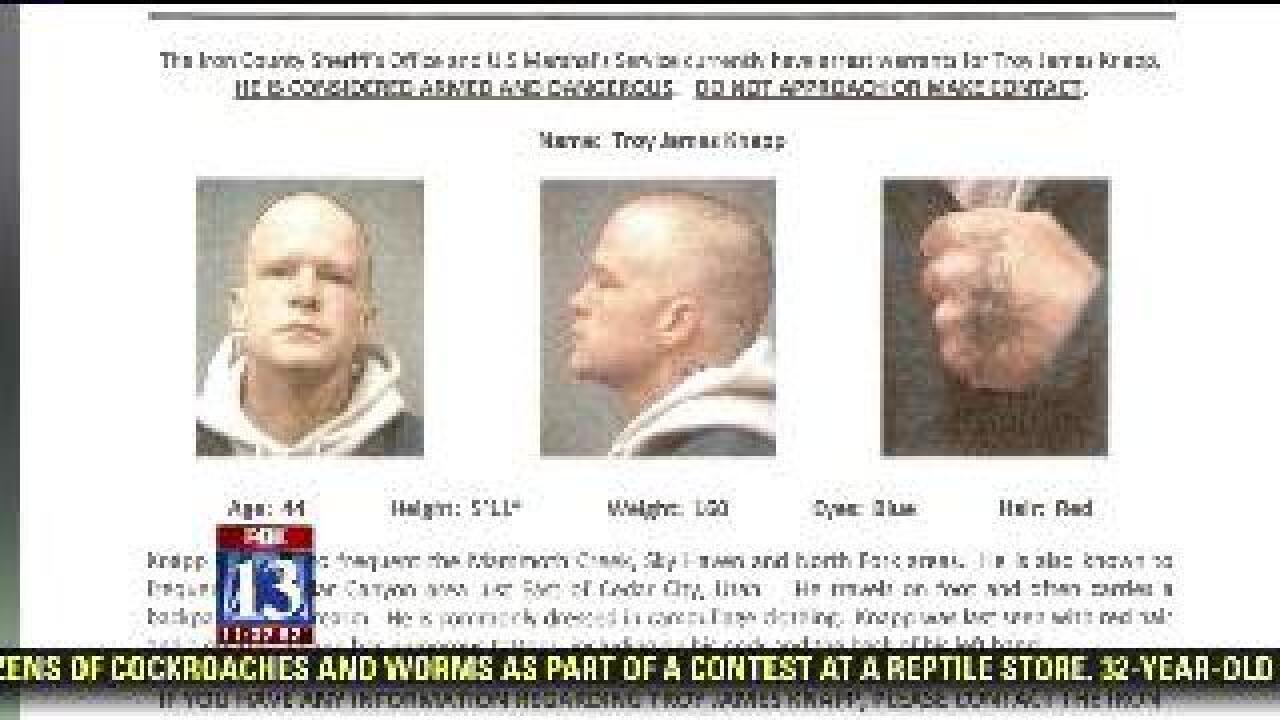 The "Mountain Man" struck again, this time in San Pete County, according to police.

Police identified the suspect as Troy James Knapp in February and he was formally charged with two cabin burglaries in Kane County. He has also been charged with several additional felonies and there is also a federal warrant for his arrest.

Since then, authorities have been worried about an armed confrontation between Knapp and cabin owners, hikers or law enforcement.

Knapp allegedly left a message at one cabin that said, "Hey sheriff, f*** you, I'm gonna put you in the ground!"

With two recent burglaries in San Pete County last week, it appears Knapp is moving north and closer to the populated area along the Wasatch Front. Police have been tracking Knapp since 2007.

According to police, Knapp appears to be stealing what he needs, also taking weapons and alcohol, in some cases.

Deputies want cabin owners, hunters and hikers to be extra cautious and to call authorities if they see Knapp or any sign of him. Police consider Knapp armed and extremely dangerous.