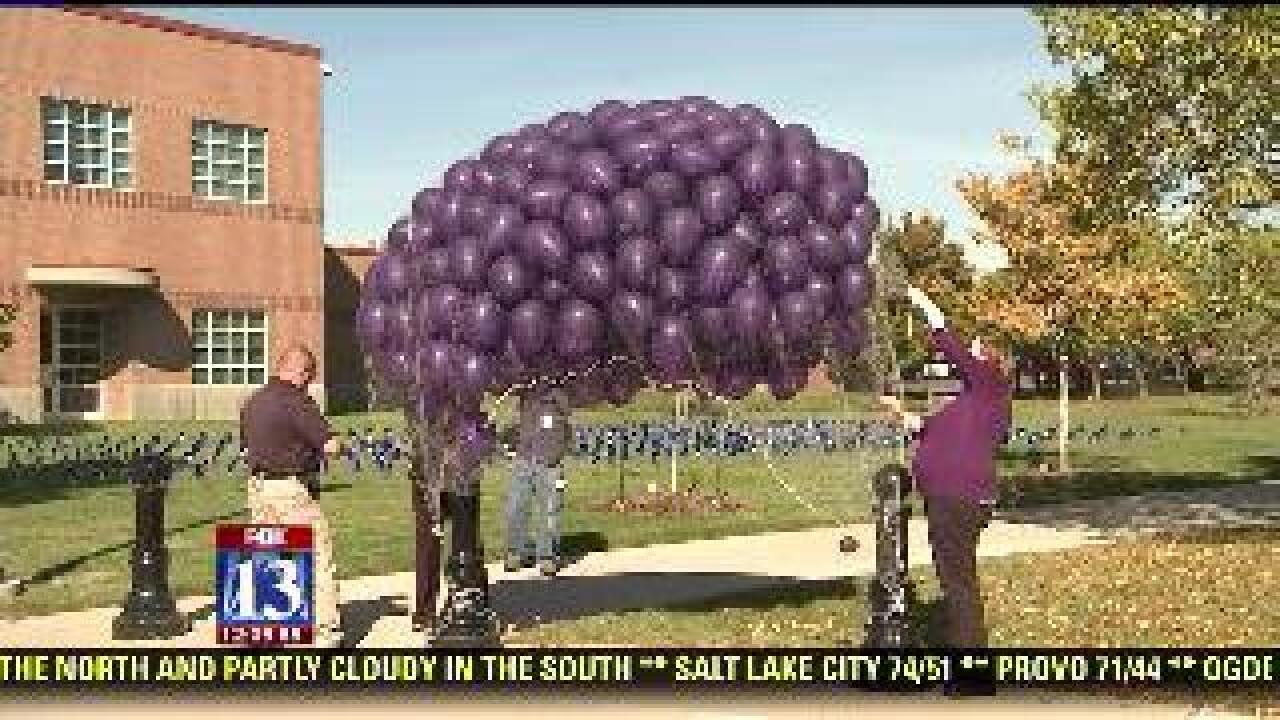 On the front lawn of city hall, Sandy officials have placed 610 pinwheels. Each pinwheel represents a child who has witnessed domestic violence in 2012.

Also during a ceremony Tuesday morning, they released 359 balloons, each that represents victims of physical abuse. That is 30 fewer cases than last year.

However, verbal domestic incidents have gone up this year. Sandy reports there were 522 incidents in 2012. That is 92 incidents more than the previous year.

"I do think a lot of people have the stigma that it's a spouse, a male spouse beating a female spouse," said Vickie Bushman, Sandy City Police Department. "We've got female that are perpetrators, that males have had an increase in the number of males that are victims this past year."

Representatives with the city said they are not sure if more incidents are happening or if there is awareness and reporting.

Victims of domestic violence spoke out during the ceremony saying that there is a lot that needs to be done, and the first step is just to open the dialogue and making sure people understand that it is not okay and can break the cycle of domestic violence.