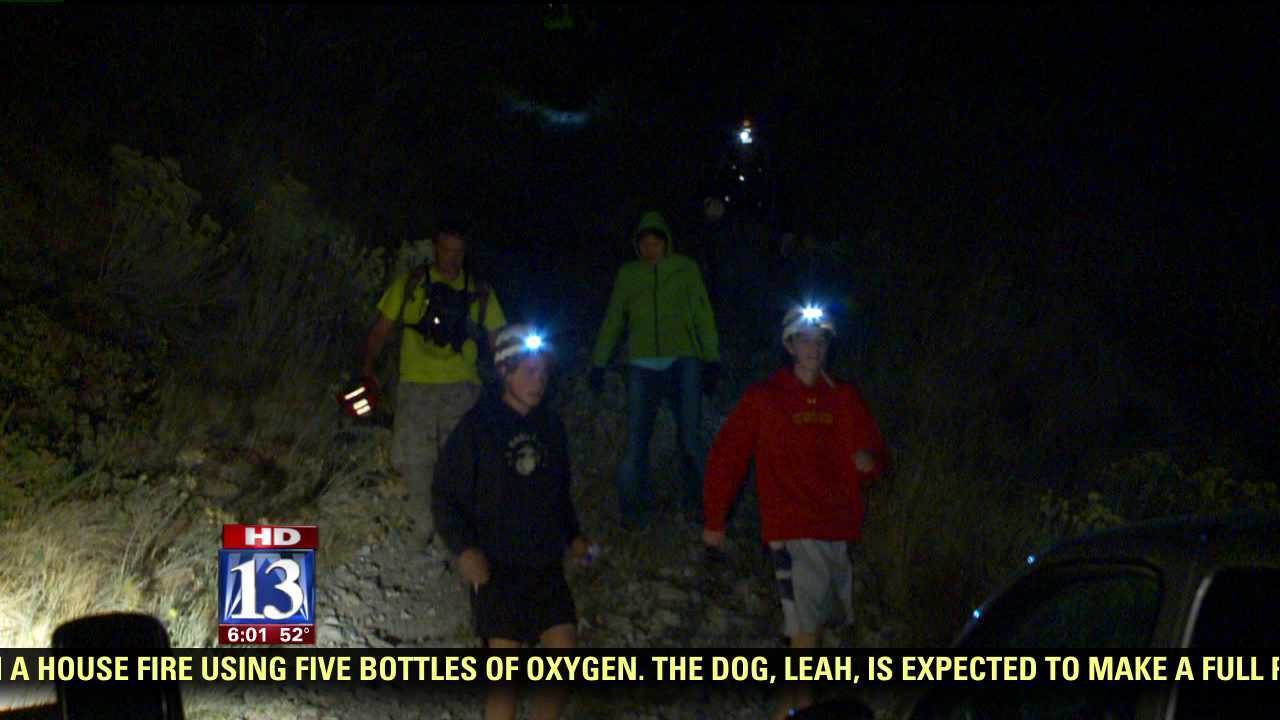 Provo Police and search and rescue crews worked overnight to rescue three teens stuck on a ledge in Provo Canyon.

Police were called just before 9 a.m. Monday. The young men had a cellphone and headlamp with them.

The boys, two 17-year-olds and a 16-year-old, were hiking from Bridal Veil Falls when police say they got up too high and couldn't get down.

They were stuck on a three-foot ledge on difficult, steep terrain.

"They considered having them rappell down from where they were but it turned out the best way was to just walk down the way they came," said Sgt. Spence Cannon, Utah County Sheriff's Office. "I think the biggest, most important thing they did, in the middle of maybe some pretty minor errors in judgment, is once they realized they were in trouble they didn't try to go any further and they didn't try to go back and got help to them."

Around 35 rescuers were on hand to reach the boys. They were able to get them down around 2 a.m. Tuesday.