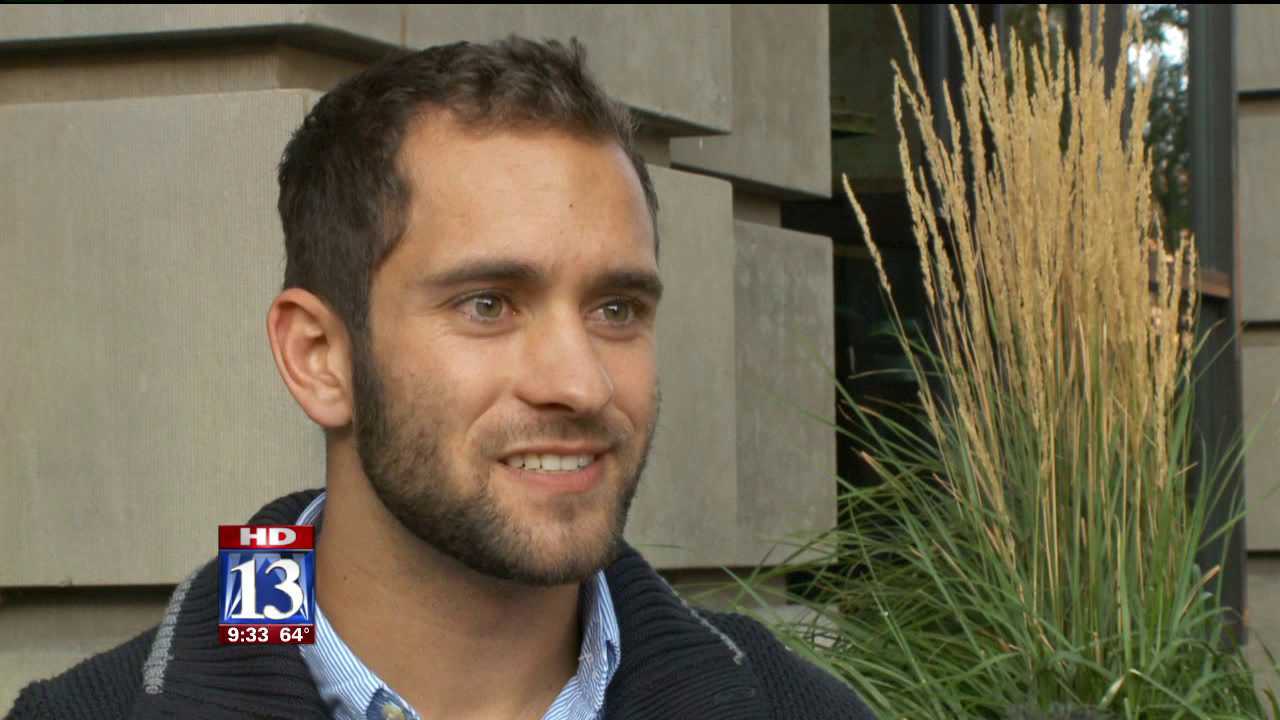 SALT LAKE CITY -- A Westminster College graduate has the title of Utah's "Most Eligible Bachelor" by Cosmopolitan Magazine.

And while happy with new title, 25-year-old Spencer "Lucky" Luczak said he wanted to clarify some information about himself the magazine got wrong. There was a list of questions, from his celebrity crush to his guiltiest pleasure. It was the answer to the last question he wants to clear up.

The question: "Would you ever try an S & M inspired action?" The magazine reported he said yes, but Luczak said that could not be further from the truth.

"I was a little frustrated there's nothing I can do now, I just hope that the people who know me understand that isn't me," said Luczak.

Luczak was able to get the information corrected in the online version, but nothing could be done after the hard copy went to magazine stands.

The magazine listed his guiltiest pleasure as going to the spa, but Luczak spends most of his time on a dirt bike, playing soccer overseas and visiting countries like South Korea.

In the meantime, Luczak is looking forward to representing Utah when he competes against bachelors from across the country in New York next week.

"I was flattered. I've never really been nominated for something like this," said Luczak.

He hopes the accolade will help bring him some attention from the opposite sex.

For the women who wonder what the Latter-Day Saint bachelor looks for in a girlfriend, Luczak explained his priorities during an interview with FOX 13.

"Some people develop lists. I don't really have a set list because then you can fail by expectation, but more or less what's key is characteristics."

"Lucky" says while most men want a diamond, "diamonds from a distance are very attractive, very sparkly, flashy."

Luczak said he prefers a pearl.

"A pearl takes a long time to develop," said Luczak. "It starts out rough then as it becomes into what it is. It's beautiful. It's sophisticated. It has an eloquent beauty behind it. I look for more of the pearl type women then I do the diamonds."

Luczak said while he hopes to win Cosmopolitan's Bachelor of the Year national title, what he really wants is to use this as an opportunity to do something good for the community. Saturday night, he is hosting a charity "shindig" at Energy Solutions Arena where attendees donate an article of clothing.

And for those ladies wondering if he's available. He says the answer is yes!