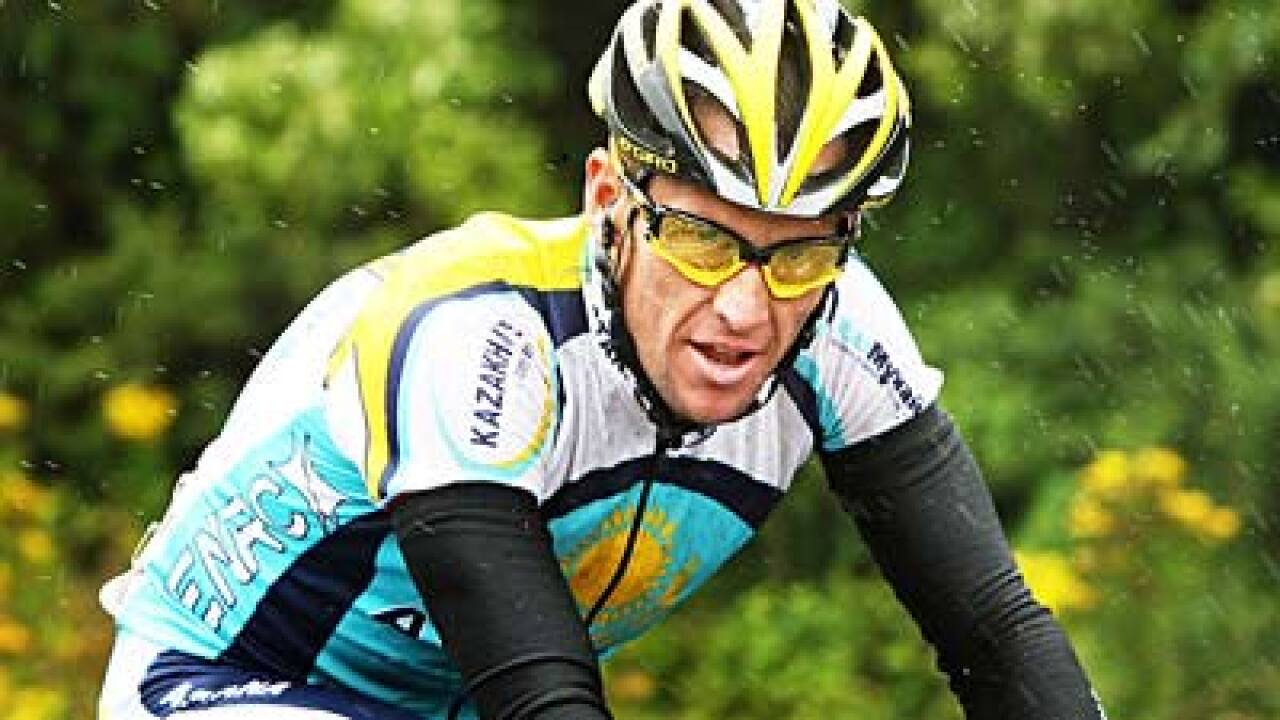 (CNN) -- Cyclist Lance Armstrong was part of "the most sophisticated, professionalized and successful doping program that sport has ever seen," the U.S. Anti-Doping Agency said Wednesday in preparing to release more than 1,000 pages of evidence in the case.

Armstrong lawyer Tim Herman dismissed what he called a "one-sided hatchet job" and a "government-funded witch hunt" against the seven-time Tour de France winner, who has consistently denied doping accusations.

But the USADA said 11 riders had come forward to acknowledge their use of banned performance-enhancing drugs while on the team. Among them is George Hincapie, Armstrong's close teammate during his winning Tour de France runs.

The USADA is sending its "reasoned decision" to the international governing body of cycling, the Union Cycliste Internationale, as well as the World Anti-Doping Agency and the governing body for triathlons, he World Triathlon Corporation.

"Early in my professional career, it became clear to me that, given the widespread use of performance-enhancing drugs by cyclists at the top of the profession, it was not possible to compete at the highest level without them," Hincapie said in a written statement. "I deeply regret that choice and sincerely apologize to my family, teammates and fans."

Three members of the Postal Service team, which changed sponsors in 2005, will contest the accusations, the agency said. They are team director Johan Bruyneel, team doctor Pedro Celaya and Jose "Pepe" Marti, the team trainer. Each will get a hearing before an independent judge, according to the agency.

The agency compiled the evidence as part of its investigation into doping allegations that have dogged Armstrong and the Postal Service team for years. The organization is not a governmental agency but is designated by Congress as the country's official anti-doping organization for Olympic sports.

In August, four days after a federal judge dismissed Armstrong's lawsuit seeking to block the agency's investigation, Armstrong announced he would no longer fight the accusations. The agency then announced it would ban Armstrong from the sport for life and strip him of his results dating from 1998.

"When Mr. Armstrong refused to confront the evidence against him in a hearing before neutral arbitrators, he confirmed the judgment that the era in professional cycling which he dominated as the patron of the peloton was the dirtiest ever," the USADA writes in its decision. "Peloton" refers to the main group of riders in a bike race.

The agency praised the 11 riders who came forward to document the widespread use of banned substances by the team. But in a statement issued Wednesday afternoon, attorney Herman called the expected USAA report "a taxpayer-funded tabloid piece rehashing old, disproved, unreliable allegations, based largely on axe-grinders, serial perjurers, coerced testimony, sweetheart deals and threat-induced stories."

"It took tremendous courage for the riders on the USPS Team and others to come forward and speak truthfully. It is not easy to admit your mistakes and accept your punishment," the agency said.

The agency said those riders would receive various punishments, including suspensions and disqualifications.

The USADA also had a professor compare nine blood samples collected from Armstrong in 2009 and 2010 with 29 samples in the WADA database collected between October 2008 and January 2011. The report says the professor found that levels of immature red blood cells in seven of Armstrong's samples from the 2009 and 2010 Tour de France were unnaturally low.

The professor also found that Armstrong's plasma level decreased during the second week of the 2009 Tour when it should have risen.

The agency said these results "build a compelling argument consistent with blood doping," the practice of using a transfusion to increase the number of red blood cells.

The scope of evidence against the team is "overwhelming," according to the agency.

"The USPS Team doping conspiracy was professionally designed to groom and pressure athletes to use dangerous drugs, to evade detection, to ensure its secrecy and ultimately gain an unfair competitive advantage through superior doping practices," the agency said.

Armstrong became a household name not only in Europe, where cycling is wildly popular, but also in the United States, where the sport traditionally attracted little attention before he embarked on a remarkable stretch between 1999 and 2005 during which he won seven consecutive Tour de France titles. The wins came amid persistent accusations that he had used performance-enhancing drugs.

Author and cycling journalist Bill Strickland compared the case to baseball's "Black Sox" scandal, when eight Chicago White Sox players conspired with gamblers to throw the 1919 World Series. But he said Armstrong is "not interested in ever admitting to his guilt, and he just wants to move on right now."

"Despite this evidence and despite all the evidence that has come out, he's got a strong core of people who believe in him and will always believe in him because of his link to fighting cancer," said Strickland, who chronicled Armstrong's 2009 return to the Tour de France in a 2011 book.

"Certainly, he's not going to be able to move on within the sport," Strickland told CNN. "It seems likely that all of his Tour victories will be stripped. He won't be allowed to participate in any sports that are signatories of WADA, the World Anti-Doping Agency. But he's found a few triathlons to do in the meantime."

And he said the allegations could lead to the reopening of a criminal case against Armstrong that federal prosecutors closed without charges in February.

"What's next is years and years of fighting if the criminal case is reopened," Strickland said.

The USADA opened its own case, which does not carry criminal penalties, in June.

In his statement Wednesday, Hincapie said he had been approached by federal investigators two years ago to discuss his knowledge of the doping activities by the team.

He did not mention Armstrong by name.

"I would have been much more comfortable talking only about myself, but understood that I was obligated to tell the truth about everything I knew. So that is what I did," Hincapie said.

"Cycling has made remarkable gains over the past several years and can serve as a good example for other sports," he said. "Thankfully, the use of performance-enhancing drugs is no longer embedded in the culture of our sport, and younger riders are not faced with the same choice we had."

Barry, another of the 11 who testified about their involvement in doping practices, said he would accept his punishment and hopes the details will help strengthen efforts to root out and end doping across the sport.

"Progressive change is occurring," he said. "My hope is that this case will further that evolution."