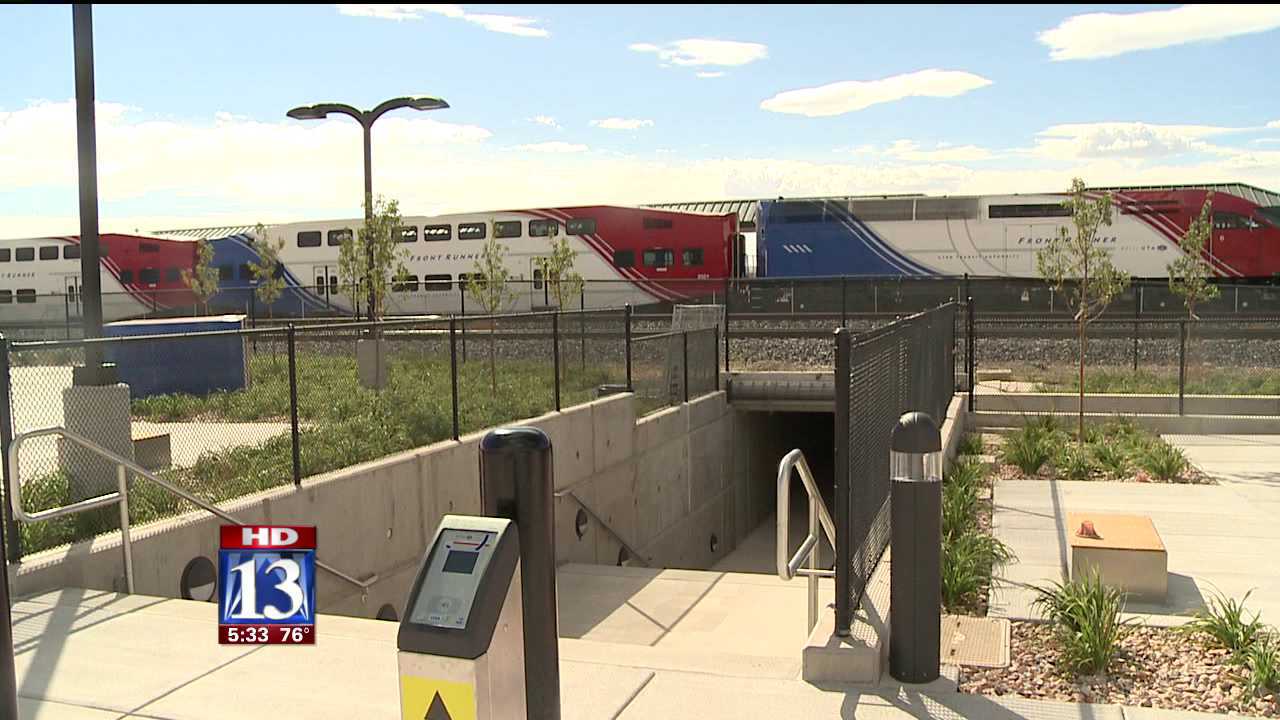 PROVO, Utah - Commuters from Utah County to Salt Lake City will soon have an alternative to driving.

Construction and testing of the FrontRunner South line is two months from completion. UTA says the project is both ahead of schedule and under budget.

"We're really starting to build what is truely a multi-modal system," said UTA Spokesperson Gerry Carpenter. "Where we have buses, TRAX, FrontRunner commuter rail all working together."

The line is set to open Dec. 10 and promises to take passengers from Provo to Salt Lake City in 56 minutes. Currently, tests of guardrails, connecting buses and the trains themselves are underway. Test trains reach speeds of 79 miles per hour.

"So far the safety systems have been working as designed," said Carpenter. "People are respecting and treating the crossings as they should."

The line is part of a $2.3 billion project that includes the lines out to the Salt Lake International Airport and Draper. The original budget was $2.8 billion.
UTA predicts 6,800 riders a day on Frontrunner South. Utah county residents say they're already making plans to see if the new rail will work for their commute.

"We live pretty close to Center Street there in Provo," said commuter Julia Manookin. "The plan is hopefully to take FrontRunner from here on out, once it starts becoming worse weather and it opens up."

"We're really excited about it," said Eagle Mountain resident Jen Hatch. "My husband actually works in downtown Salt Lake, so he'll start taking it every day. He won't have to drive anymore."

When the trains start running through Utah County, that will mean changes to bus routes and TRAX services. Wednesday, UTA announced multiple changes. A full list can be found on UTA's website here.