Biden, Ryan slug it out in vice presidential debate 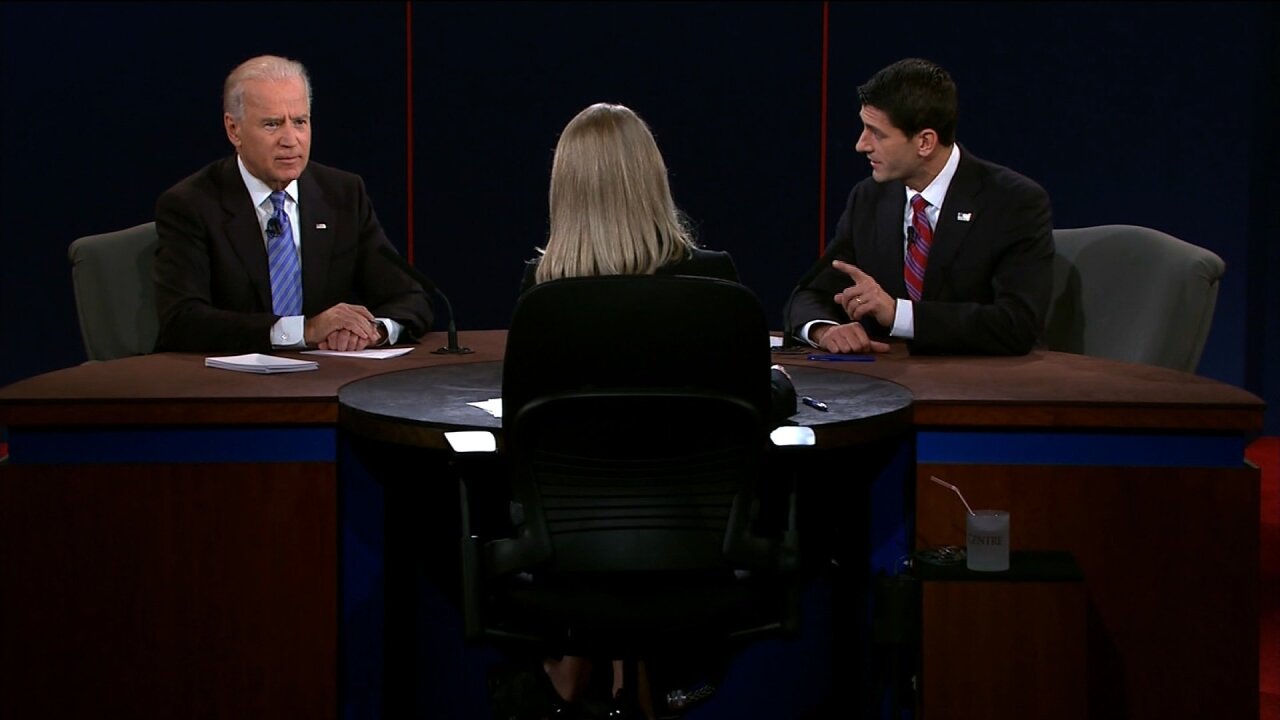 Ryan, a Republican congressman from Wisconsin, sought to land some of the first blows. He criticized President Barack Obama’s administration for its failure to protect four Americans killed last month in a terror attack on the U.S. diplomatic mission Benghazi, Libya, and for mixed messages about what transpired.

“This Benghazi issue would be a tragedy in and of itself. But unfortunately it’s indicative of a larger problem,” Ryan said, adding that illustrated an unraveling of the administration’s foreign policy.

Biden, the sitting vice president, responded sharply in a bid to counter the Republican’s claim that the administration has looked weak and, in the process, has strengthened U.S. adversaries.

“With all due respect, that’s a bunch of mularkey,” he said, claiming the budget backed by Ryan would have cut funding for things like security at diplomatic posts. “Because not a single thing he said was accurate.”

The candidates then moved onto other foreign policy topics, sparring on Iran.

Yet, Ryan insisted that Iran was closer now to having a nuclear weapon than it was four years ago, blaming the administration for allowing that to happen. He bluntly said that Tehran could not become a nuclear power.

“This is the world’s largest sponsor of terrorism,” he said. “And if they get nuclear weapons, other people in the neighborhood will pursue nuclear weapons as well. We can’t live with that.”

The debate then shifted to domestic issues, starting with the state of the economy.

Biden blasted remarks from Mitt Romney in which the Republican presidential nominee described 47% of Americans as Obama supporters who saw themselves as “victims” and dependent on government.

Ryan countered by citing the unemployment rate for Biden’s hometown of Scranton, Pennsylvania: 8.5% in January 2009 and 10% today. And he said that story is playing about nationwide.

“That’s not how it’s going,” Biden jumped in, speaking of the national unemployment rate. “It’s going down.”

Ryan hoped to keep the pressure on the Democrats and demonstrate to the nation in the lone meeting with the more politically experienced Biden that he’s fit to be a heartbeat away from the presidency.

Ryan, 42, has served seven terms in the House and is one of his party’s most prominent figures as chairman of the House Budget Committee.

Biden, 69, entered the showdown as the underdog, despite decades in Washington as a senator, where he chaired powerful committees. He also has experience as a presidential candidate and is a veteran debater.

Nevertheless, a recent CNN/ORC International poll showed 55% of voters expected Ryan to win the matchup compared to 39% for Biden. Some Democrats hoped low expectations would work to Biden’s advantage.

The Delaware Democrat is hoping to inject new energy into his party’s ticket following last week’s presidential face off where Romney outperformed Obama.

Viewers and pundits from both parties hailed Romney’s aggressiveness as the former Massachusetts governor tore into Obama on the sluggish economy and other issues, forcefully challenging the incumbent’s policies.

Obama was chided for being passive. He said he was too polite. Polls conducted after the debate indicate the White House race is now extremely tight ahead of the November 6 election.

Key surveys indicate that Obama and Romney are knotted up in the battleground states of Virginia, Florida, Ohio, Wisconsin and Colorado. Most experts believe that nine swing states will determine the next president.

Romney and Obama will face off twice more before the November 6 election.

The next meeting will be a “town hall” style debate on Tuesday and moderated by CNN’s Candy Crowley at Hofstra University in Hempstead, New York. The final showdown — focusing on foreign policy — will be October 22 at Lynn University in Boca Raton, Florida.

Ryan and Biden have been staples on the campaign trail this summer, attacking their opponent’s policies and raising money for their campaigns.