SALT LAKE CITY – Six people are without a home after a two-alarm fire in Millcreek burned through a duplex.

Firefighters got the call around 11:30 Thursday morning from 803 Redmaple Rd. Unified Fire Authority Captain Cliff Burningham said the west side of the duplex was fully engulfed in flames when firefighters arrived.

“There’s some major interior damage to this building,” said Burningham. “We were able to keep it from spreading to the other side of the duplex and also from the adjacent residence next door.”

Neighbors say the family of four that lives in the home all got out safely, but lost everything inside.

“I just feel so bad for them,” said next door neighbor Ben Kirton. “That’s been their life for eight years. I just want to do whatever I can to help.” 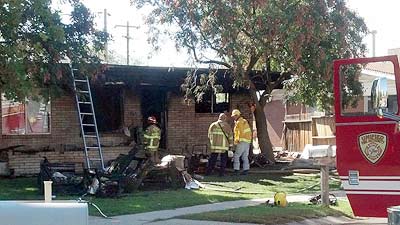