Gloves off: Obama readies for next showdown with Romney 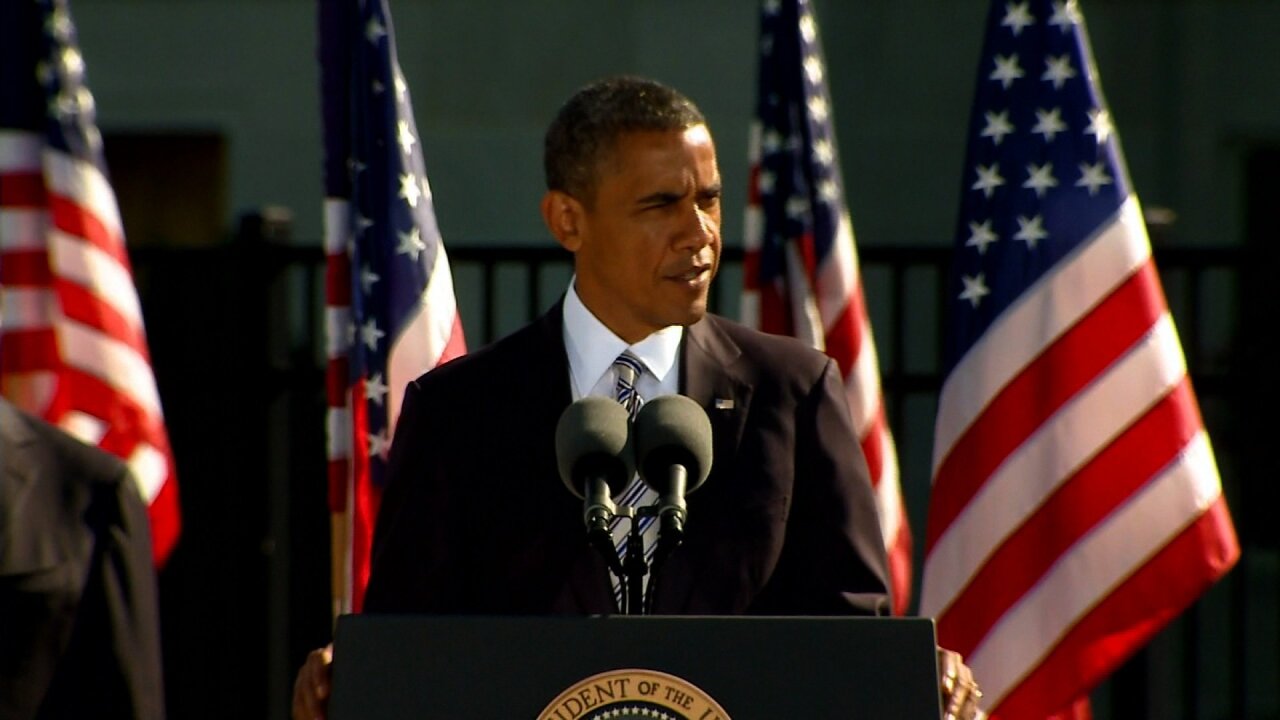 (CNN) — Less than a week before the second presidential debate, President Barack Obama pulled no punches when talking about his Republican opponent at a campaign rally Thursday, accusing Mitt Romney of going through “an extreme makeover.”

“After running for more than a year in which he called himself ‘severely conservative,’ Mitt Romney’s trying to convince you that he was severely kidding,” Obama said at the event in Coral Gables, Florida.

In February, Romney described himself as “a severely conservative Republican governor” when he led Massachusetts from 2003-2007. The line, which appeared in his speech at the annual Conservative Political Action Conference, came as Romney attempted to bolster his standing among the GOP base.

Obama on Thursday, however, made the case that the public now knows a “new version” of Romney. The president aggressively began to portray his Republican challenger as a flip-flopper one week ago, the day after Romney won wide praise for his debate performance, while the president was criticized for not going on the attack.

But Obama seemed eager to pounce at the Florida event, launching slam after slam. “What happened? Now what does he have to say, this new version of Mitt Romney, about all the things he’s actually promised to do as president?”

Romney proposes a 20% tax rate across the board, the extension of the Bush-era tax cuts, and the elimination of the Alternate Minimum Tax, the estate tax and taxes on interest, capital gains and dividends for those making less than $200,000 a year.

Obama got the figure from a study by the non-partisan Tax Policy Center. Romney, however, has forcefully fought back against the study’s statistic. Given that he has not laid out all the details of his plan, the study was conducted based on generalities from Romney’s proposed tax policies, not an exact proposal.

The former governor argues his tax cuts for the middle class would not add to the deficit, saying he would pay for a reduction in the tax rates by limiting deductions and closing loopholes for the wealthy–though he does not specify which deductions he would eliminate.

“What he was selling was not working, because people understood his ideas wouldn’t help the middle class. These days, Mitt Romney’s for whatever you’re for,” Obama said.

At the rally Thursday, Obama also attacked Romney for vowing to repeal the president’s health care reform law, even though Romney as governor enacted a similar plan that served as the blueprint for Obama’s federal law.

In recent weeks, Romney has suggested he favors parts of Obama’s health care law, such as the provision that make it illegal for insurers to refuse those with pre-existing conditions. Yet the GOP nominee still maintains he would replace the law with his own law.

“He even loves the most important parts of Obamacare,” Obama said. “What happened?”

The president made no mention of his vice president, who takes the stage Thursday night in a showdown with Romney’s running mate, Rep. Paul Ryan. According to pool notes, however, Obama called Joe Biden to wish him luck earlier in the day.