Man on charity walk fined for leaving goat outside bar 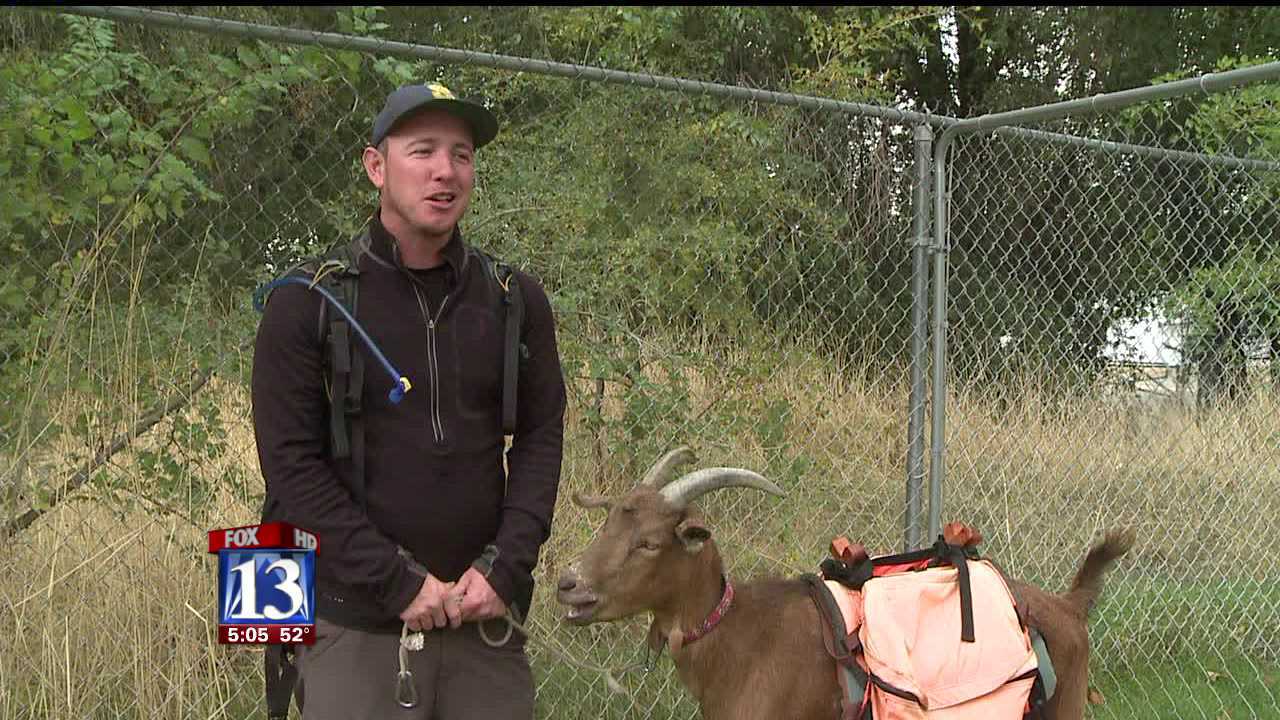 SALT LAKE CITY – A Washington State man walking cross country with his goat hit a road bump on Wednesday when his goat was impounded.

Steve Wescott and his four-legged companion "Leeroy" stopped in downtown Salt Lake City for dinner. Wescott tied Leeroy up outside and a concerned citizen called police.

“We have a huge population of people who are concerned about animals,” said Det. Carlie Wiechman with the Salt Lake City Police Dept. “As long as you’re taking care of your animal. Had it been a dog tied up, I’m sure we would have gotten the same call.”

Police say there’s nothing illegal about having a goat downtown, so they referred the case to animal services. Officers took Leeroy to the county shelter.

Wescott says looking back he did not handle the situation the way he should have.

Wescott had to pay a $42 fine. Every penny counts on this journey. Wescott is trying to raise $200,000 for a Kenyan orphanage. This is the first time he’s run into trouble on his journey.

When Wescott started planning his journey, he planned on taking his pet dog along, but when it suffered an injury, he decided that a goat would be a good companion and found Leeroy.