Police looking for man who attempted to abduct girl 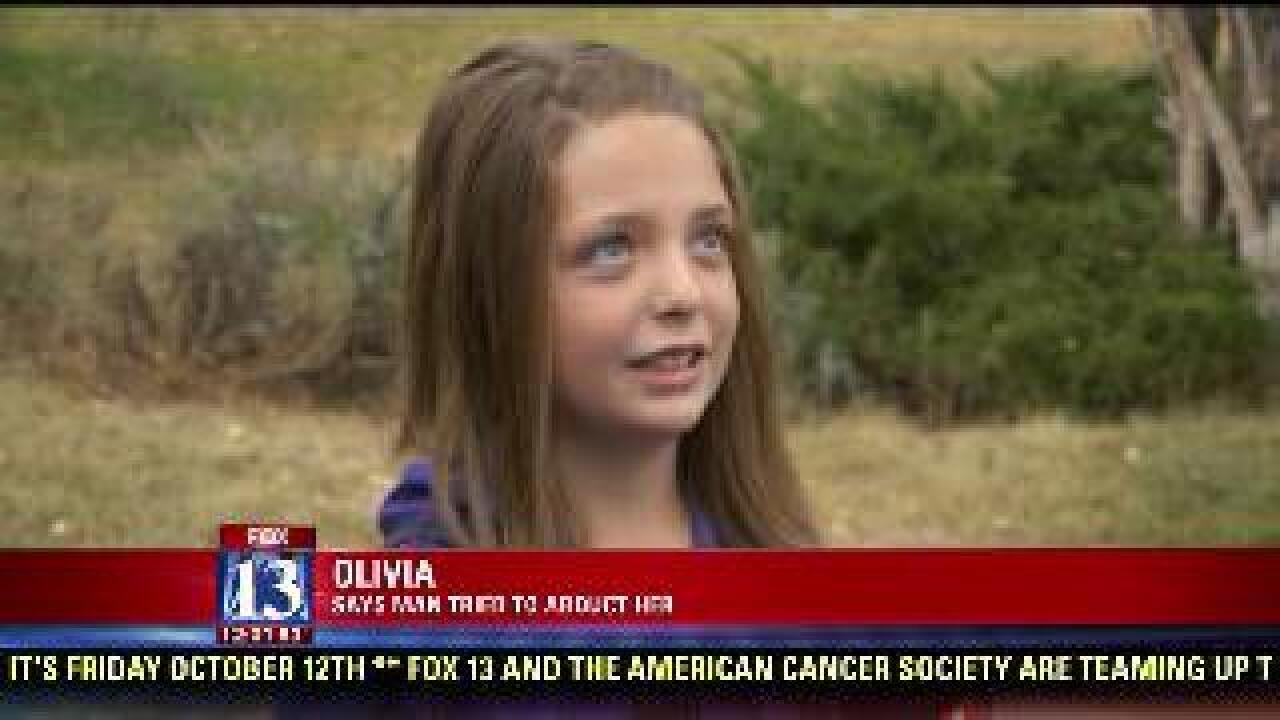 TOOELE, Utah -- Police in Tooele are looking for man who apparently tried to get a 10-year-old girl to enter his vehicle Thursday evening.

The girl, Olivia Lowery, was riding her scooter home from a friend’s house that evening near E. Stansbury Avenue when a man approached her in his car.

"This guy just pulled up behind me and he's like, 'Get in the car!’ And I was scared so I ran back to my friends' house,” said Olivia.

Police said she did the right thing by immediately running away and telling an adult.

"She did the right thing, took off and got out of the situation and got to a safe place," said Tooele Police Lt. Paul Wimmer.

Olivia said when she took off, so did the man driving a green four-door car.

Jill Lowery said her daughter was visibly shaken about what happened and it took a while for the fifth grader to recall all the details.

"We were terrified! And angry, very angry this happened,” said Olivia’s mother.

After calling police, Jill took matters into her own hands. She went first to Facebook and told friends and followers what happened and to be on alert. Then later on Friday, she went to the streets of Tooele with Olivia by her side to search for the suspect’s green car, and the man behind the wheel.

Olivia said the suspect was wearing sunglasses, a dark ball cap and had a few days growth of beard on his face. But a tattoo was the most distinguishing mark.

"He had a tattoo on his neck. It was like a fish and it was orange," said Olivia.

Police have not identified the man, but said the car sounds familiar. Last week, the principal of East Elementary, which is less than a mile from Olivia’s house, sent a warning letter home to parents telling them to be cautious of a man in a green car.

Police are not sure if the cases are connected, but they are increasing patrols in the area.

Anyone with information that may help the investigation, are asked to call Tooele Police Department at (435) 882-5600.