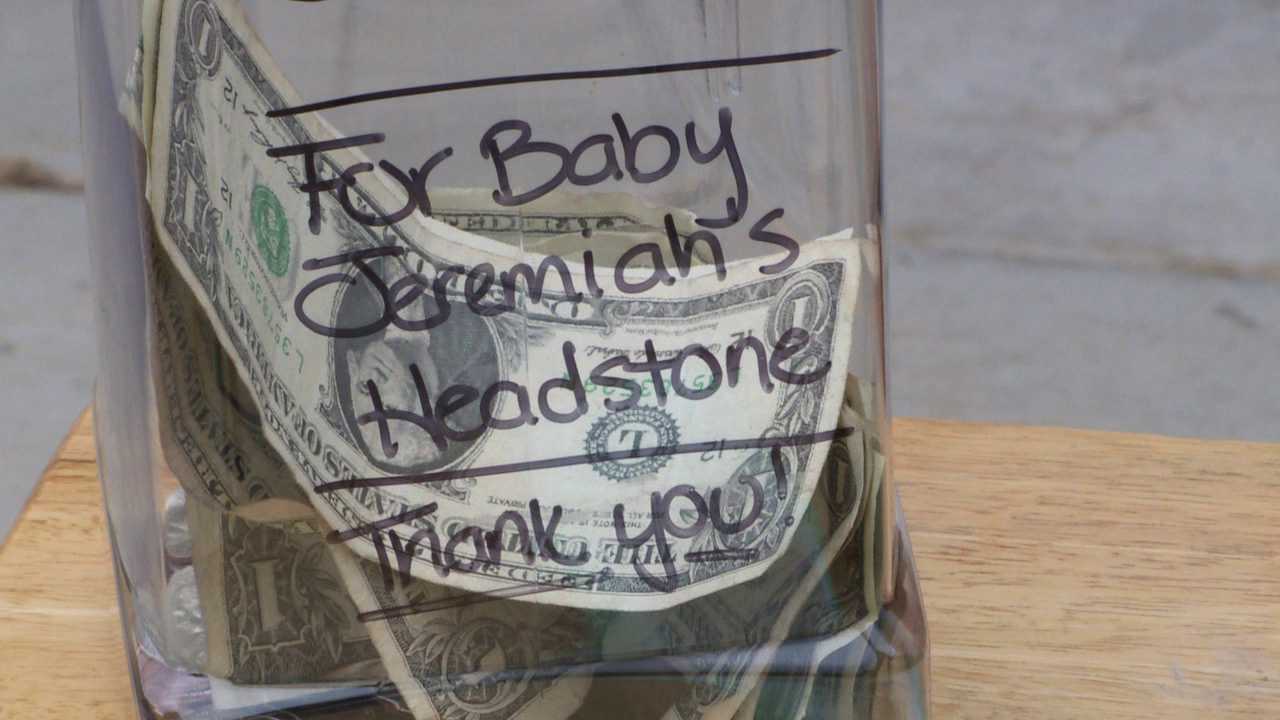 ROY, Utah - A Roy woman raising money to pay for her child's headstone suffered a setback Friday as money she'd been raising was stolen.

LaTashia Lee's son Jeremiah was only one month old when he died of SIDS last winter and has been saving money for a headstone.

"To buy a headstone for my son that passed away from SIDS last December," she said. "My husband and I, we fed him, we burped him, we played with him for a little bit. We laid him down for a nap, and 45 minutes later my husband woke me up to all he could say was, 'I need help.'"

LaTashia has had numerous yard sales to raise funds to help pay for a headstone for Jeremiah. During one of those yard sales, someone walked away with her donations.

"Yesterday while I was having my little mini yard sale, I ran inside to go to the restroom and when I came back out, I noticed that all of the donation money had been taken out of the jar," she said. "It could have been anybody. It was my mistake for leaving the jar out here, but I didn't think anybody would be that harsh as to take money from a cause like that."

More than $100 in donations was taken and LaTashia hopes whoever took that money will return it.

"Hopefully the people will see it and have a heart and return it anonymously. I don't even care if they don't tell us who they are. That doesn't matter," she said.

LaTashia says she'll continue her yard sales until she's reached her goal, and from now on, she'll keep a closer eye on the money. She's hoping to get the money for the headstone soon because once the ground freezes, the cemetery won't install headstones.

The Roy Police Dept. is investigating the case, but there are no obvious suspects.