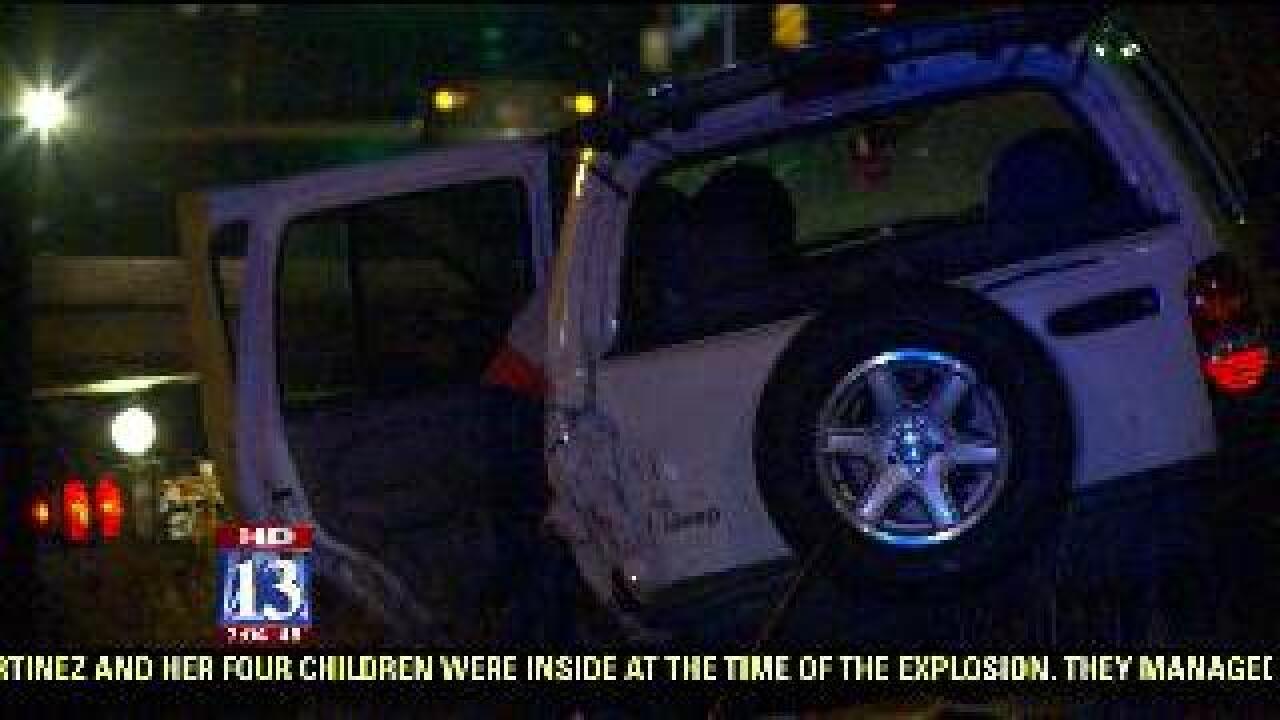 MIDVALE, Utah - At least three people were hospitalized after an SUV slammed into four people pushing a broken down car in Midvale, causing a rollover accident.

The accident happened near 7200 South and 550 West just before 4 a.m. Saturday. Police say three people were pushing a broken-down SUV to the nearest gas station when another SUV coming off the freeway southbound at 7200 South slammed into them from behind.

"Another car came off the freeway off-ramp onto 7200 South and hit that vehicle," said Lt. Steve Shreeve of the United Police Department. "It pushed that vehicle up onto the side of the underpass and the vehicle that struck the unoccupied vehicle rolled over."

Three people were transported to the hospital; two of the three people pushing the broken-down SUV and a passenger in the SUV that was coming off the freeway. Four total people were injured.

"I believe the passengers that were outside of the vehicle are very lucky to be alive. There was extensive damage to both vehicles. They were totaled and they were lucky they weren't caught between the vehicles upon impact," Shreeve said.

Police aren't sure whether the SUV stopped at a red light 150 feet before the crash, but the driver was taken to jail and cited for a DUI.