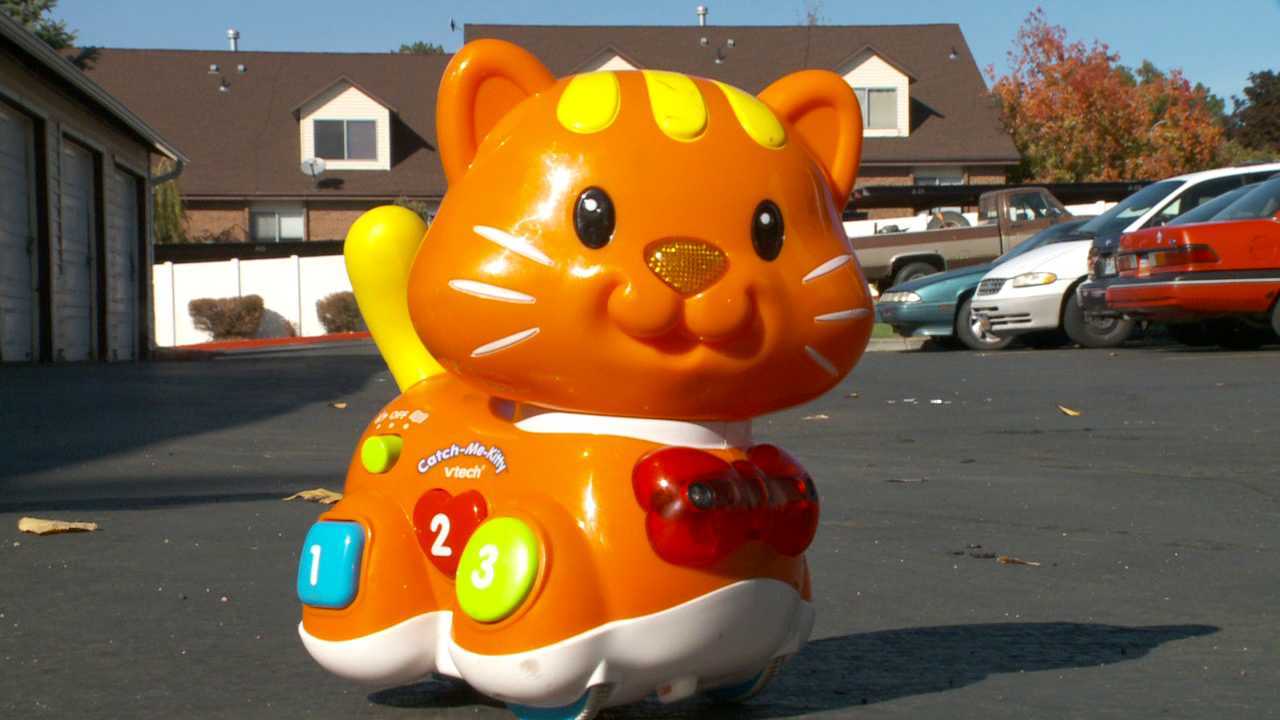 SANDY, Utah - A Sandy mom thought she was buying an innocent toy cat for her toddler, but when the kitty started talking, she got quite a surprise.

The Catch-Me-Kitty invites toddlers to chase it while singing a song, but parents have been talking online for at least a year about the apparent inappropriate thing the cat says and it's unclear what VTech, the toy's manufacturer, has done to fix the problem.

Kayla McCune bought the Catch-Me-Kitty for her daughter two months ago, only to be shocked by its choice of words. According to a demonstration video on VTech's website, the kitty is meant to say, "Chase me, race me, you'll have fun," but Kayla and other parents say it sounds more like, "Chase me, rape me."

"I opened it and let my daughter play with it and about two times after we put it on, I noticed it was saying, 'Chase me, rape me,'" she said. "I had to turn it off and back on a couple times for it to register, that a kid toy was actually saying that."

And Kayla isn't alone. Around Christmas, consumers posted similar stories on YouTube and complaints on online product reviews. On amazon.com, one consumer says, "The song is disturbing." Another says, "It says rape me. Not cool."

Kayla wants the toy to be pulled off the shelves, saying it's a bad influence on young kids.

"I would like this to be pulled off the shelves so little kids aren't singing this song thinking it's funny," she said.

There are no signs of a recall or press releases from VTech addressing these complaints within the last two years.

"I just don't understand why this could go on for so long and nothing was done about it," Kayla's husband Jeffrey McCune said.

FOX 13 bought the Catch-Me-Kitty at a local toy store and it looks like VTech has changed its tune. It now says, "Chase me, catch me. You'll have fun."

VTech hasn't admitted any mistake despite the change and Kayla says the company won't give her a straight answer.

"I let them listen to it when they said, 'No, that's not what it said,' and they listened to it and hung up on me and I haven't been able to get through since," she said.

On Monday, an employee, but not an official spokesperson, at VTech said that after the company received several complaints, they replaced the speakers in the toy and changed the song to "chase me, catch me" so no further mix-up would occur.