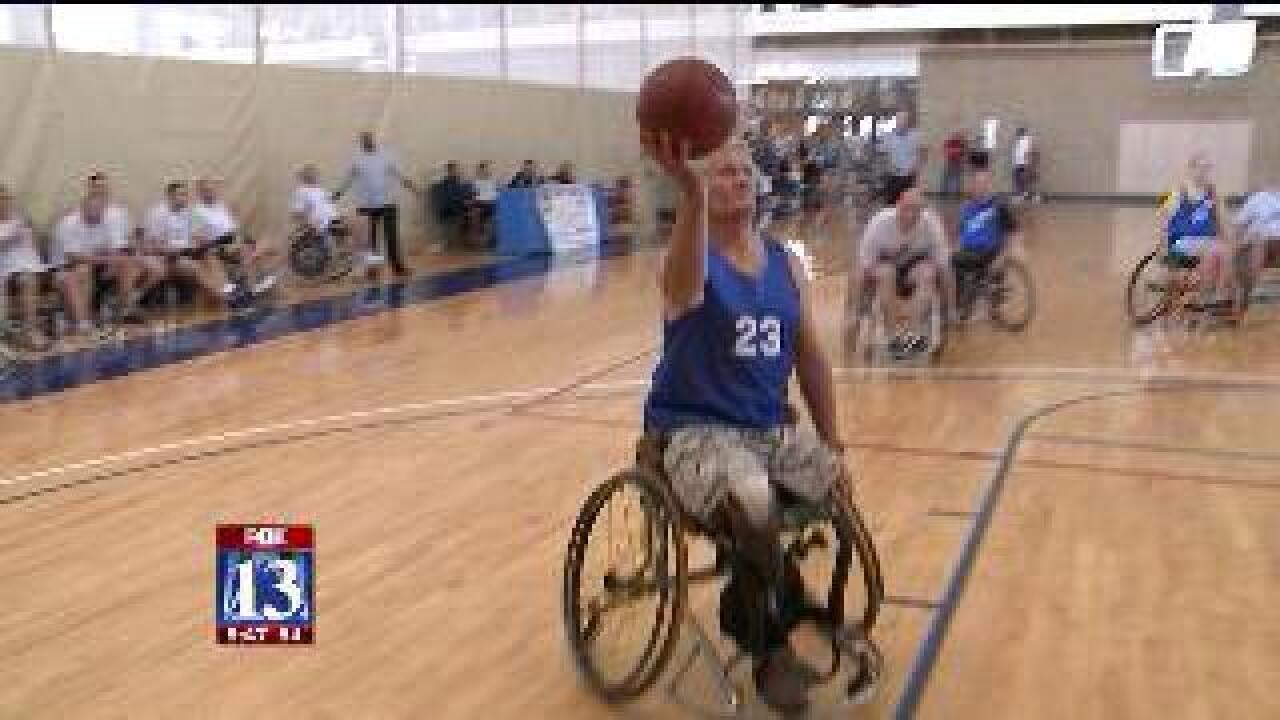 OGDEN, Utah - Two teams took to the court at Hill Air Force Base this week to raise awareness about disabilities. But instead of lacing up their sneakers, they warmed up their wheels.

"They gave us a pretty good lead, and they're beating the pants off of us so to speak," said Derick Clark, First Sargent for the 649th Squadron.

The match wasn't so much about talent as it was about raising awareness of the capabilities of those with disabilities.

"What we're trying to do today is just demonstrate no matter your limitation, no matter your disability you can accomplish some great things. That's what this basketball team has shown us today. And they're really putting the test to us," said Colonel Fred Thaden, Vice Commander for the 75th Air Base Wing.

Alan Niederhauser, chairman of the HAFB Persons with Disabilities Committee, says that about 1,400 base employees, or 12 percent of the population, have some kind of disability.

"We have an opportunity here at Hill to hire a lot of people with disabilities because the restrictions aren't there for someone with a disability on the civilian side like there would be on the military side," Niederhauser said.

The game is played according to the official rules of the National Wheelchair Basketball Association, but event organizers say the referees are in it for the fun, just like the players.