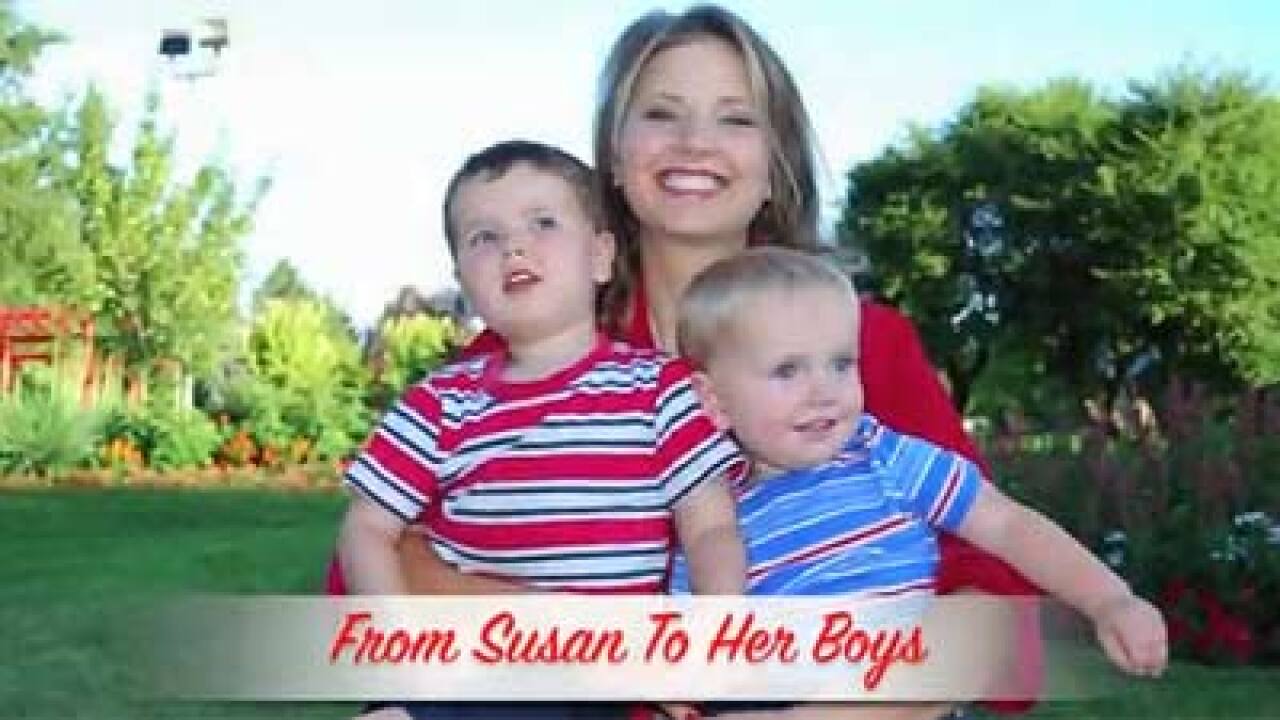 “Susan’s Song: A Dream Away,” is written about Susan and her sons, Charlie and Braden. Camilyn Morrison said she felt compelled to write the song, after learning that Charlie and Braden died in a house explosion at the hands of their father. She said one night she had a dream that Susan was trying to tell her something.

“It’s a beautiful song for a beautiful cause,” said Jessie Funk, a Farmington woman who performs it. “It’s hard to be professional when something that personal is being talked about. So it was difficult to record it but I think it turned out really lovely. I love the message, I love the melody and the music.”

The song is being released to help raise money for a permanent memorial to the missing mom and her children.

“It’s added to my ability to heal,” said Jennifer Graves, Susan Cox Powell’s sister-in-law. “You know, when I first heard it I probably listened to it at least 40 or 50 times, that first weekend, before I quit crying every time, just sobbing every time I heard it. And it’s just lent a lot of healing to me.”

“Susan’s Song: A Dream Away” made its debut over the weekend at the Ivy Girl’s Academy, which teaches teenage girls about self-empowerment. Graves spoke to the girls about Susan, who disappeared in 2009. Graves’ brother, Josh Powell, is the police’s prime “person of interest” in her disappearance.

“What I want them to understand is that they have control in a relationship and that when things start going array, they need to take back that control and either get out or confront the situation so that changes can be made,” Graves told FOX 13.

The song can be purchased on iTunes and Amazon. All proceeds will go toward setting up a memorial in honor of Susan, Charlies and Braden and to help other victims of domestic violence.