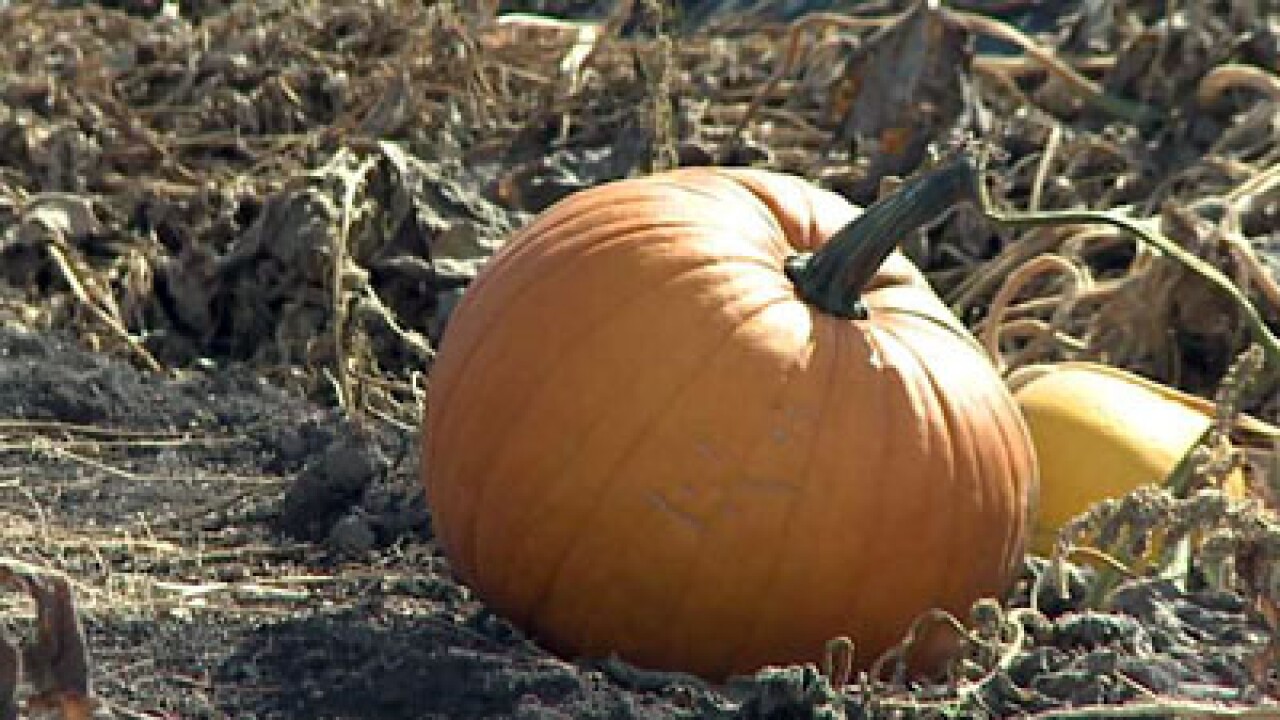 SPRINGVILLE, UT – Utah farmers saw limited success with crops during a drought for most of the year. But one is proving to be a smashing success: pumpkins.

The drought hit farms hard across the country and forced some farmers to repurpose land or even sell off livestock. Jake Harward of Harward Farms in Springville says they’ve fared well, but they've definitely seen the effects.

“Some parts of the field where it’s hard to irrigate, the drought did affect because there’s no rain to help those spots in the field grow crop,” said Harward.

Harward has been growing pumpkins for over 10 years. He says pumpkins have thrived mostly because they like warm weather. But other crops, like alfalfa and corn did not.

“The grain corn or the field corn that you use for cattle feed,’ said Harward. “We did see an increase in price and demand for that because there’s not as much in the Midwest.”

That lack of grain forced ranchers to look for more local product. Harward says it was the foresight of the pioneers building reservoirs that helped get them through.

He says they irrigated more then normal, but says the term normal is relative.

Harward says farmers learn to roll with what Mother Nature dishes out.