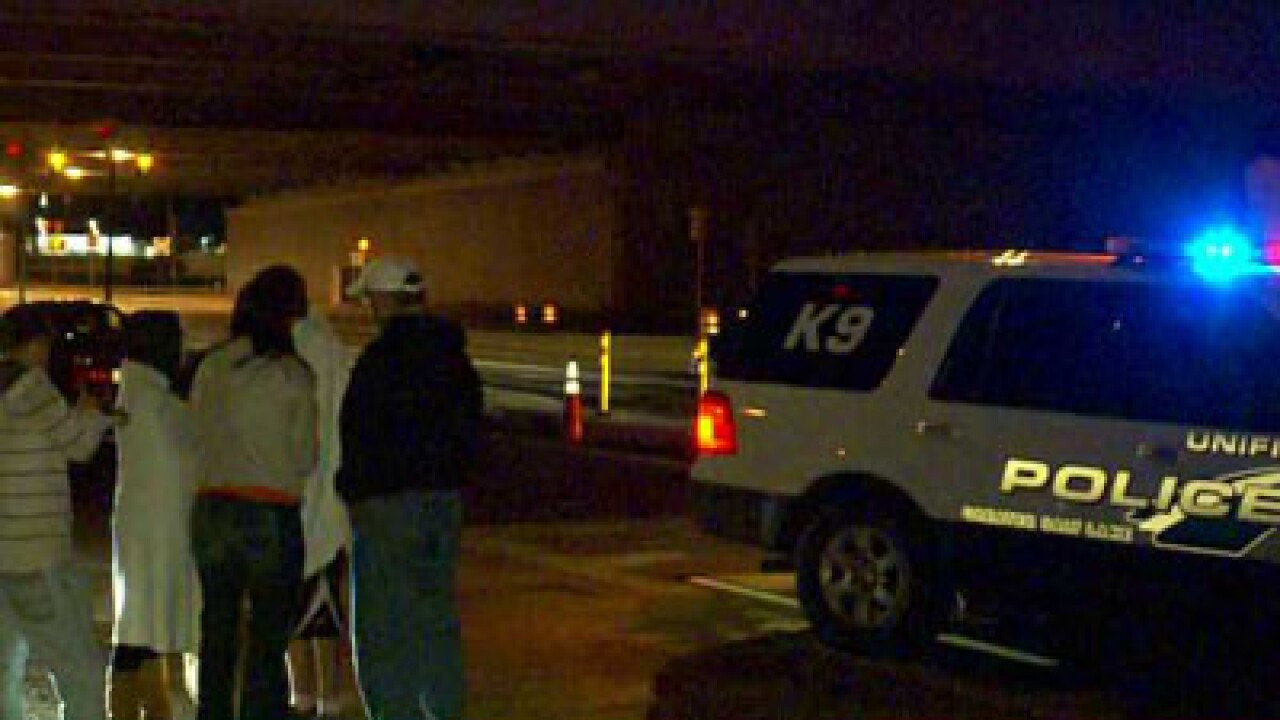 A drunk driver slammed into a group of Utah Valley University students over the weekend.  Now, those students are speaking out saying they’re shocked to be alive and grateful the driver who hit them is in jail.

“Honestly when I was rolling I thought I was gonna die,” said 18 year-old Taylor Robbins

Robbins and three other friends were driving back from Park City early Saturday morning.  Around 3 a.m. the car they were in broke down.  Three friends pushed the SUV to the bottom of the bottom of the 72nd South off-ramp.  Out of nowhere, another SUV hit them from behind.

“I verbally said ‘this is it’ ”  “I actually said that out loud, I yelled and then Kolton jumped out of the way,” said 19 year-old Braden Brown.

“When I heard them yell something, I turned around and saw the car coming, I got out of the way but saw them hit the vehicle then the rest of us,” said Kolten Sorensen.

“I remember the whole thing,” said Robbins.  “I got hit, I propelled forward and basically rolled on the pavement.”

Robbins needed staples in his head and suffered a tailbone injury and Brown has extensive road rash.

Kolton Sorensen was not hurt and neither was the girl who was with them.  The SUV that hit the students rolled beneath the 72nd south underpass.

“I ran to the SUV that tipped, look in the front window, I could see both of them laying up against the window, the car was smashed, it was smoking,” said Sorensen.

The passenger was hospitalized.  The driver, 22 year-old Jonathan Vasquez, was treated for minor injuries, then arrested on DUI charges. Unified Police say Vasquez’ blood alcohol level was .204, two and a half times the legal limit.

“You could just tell by his breath and when he was getting out, he was asking, ‘Where am I?”  “What happened?,” said Sorensen

“He’s going to jail. he’s gotta learn and stuff, I really think there’s no excuse for being drunk and driving,” explained Robbins.

Vasquez has been in trouble with the law before over alcohol.  Court records show in 2010 he pleaded guilty to minor in possession and was an alcohol restricted person, meaning, Vasquez can’t have any measurable amount of alcohol in his system when he’s driving.