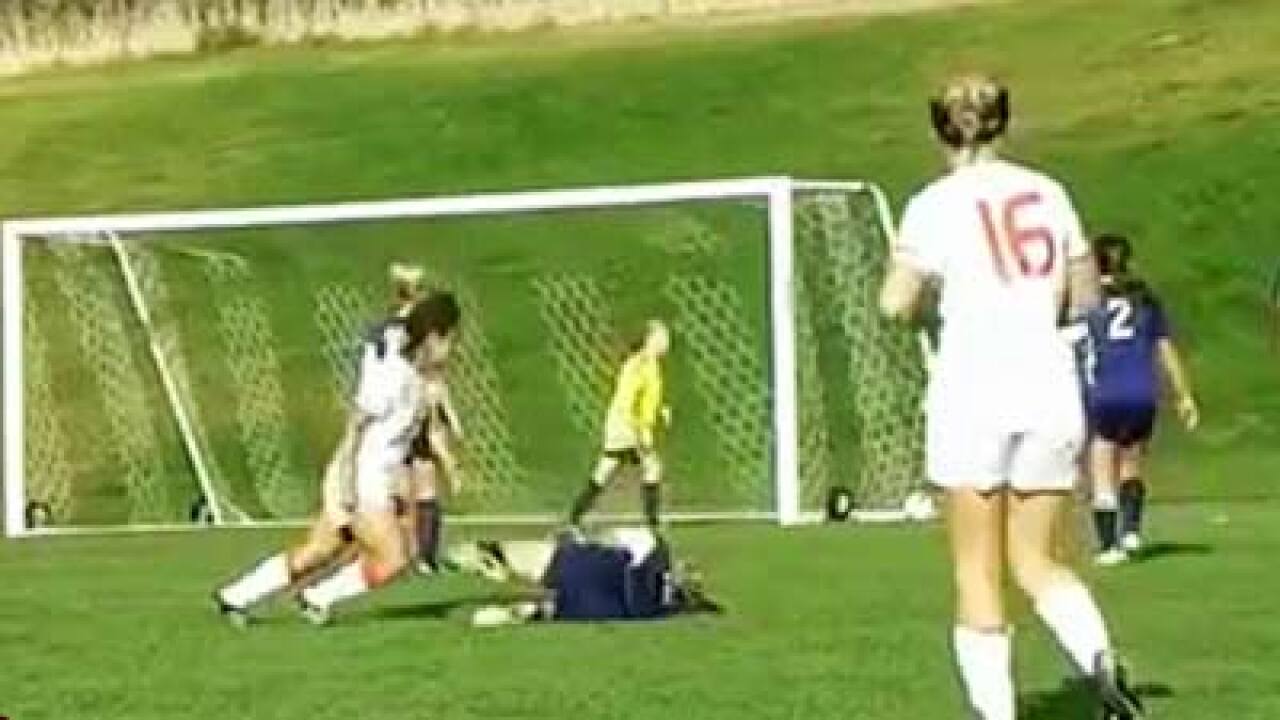 The ramifications of an incident that happened two weeks ago at a girls high school soccer game are still being felt.

A YouTube.com video captured the moment when an East High soccer player kneed a Woods Cross player in the face.

East High's principal reviewed the video and talked with the player and says the player admitted to her actions, adding that she got carried away during the heated game.

The teen also said she was out of line and will apologize to the Wood's Cross player.

East High soccer Coach Rudy Schenk said the action was completely out of character for the player, but he wishes he had known more about the incident earlier so that more could have been done.

"Unfortunately now our season is over, I can't suspend her for any games. She is a senior, so she is gone, but we are doing other things with her to make sure that she understands that this was not a good thing," said Schenk. "It's not something we condone as coaches, it's not how we coach, it's not how we play, it's not a way to represent the school or the team."

The coach said he plans to use the video as a way to teach other players so they learn from this incident.

The player is being required to issue a written apology to the other player, to Woods Cross High and to her school and teammates.