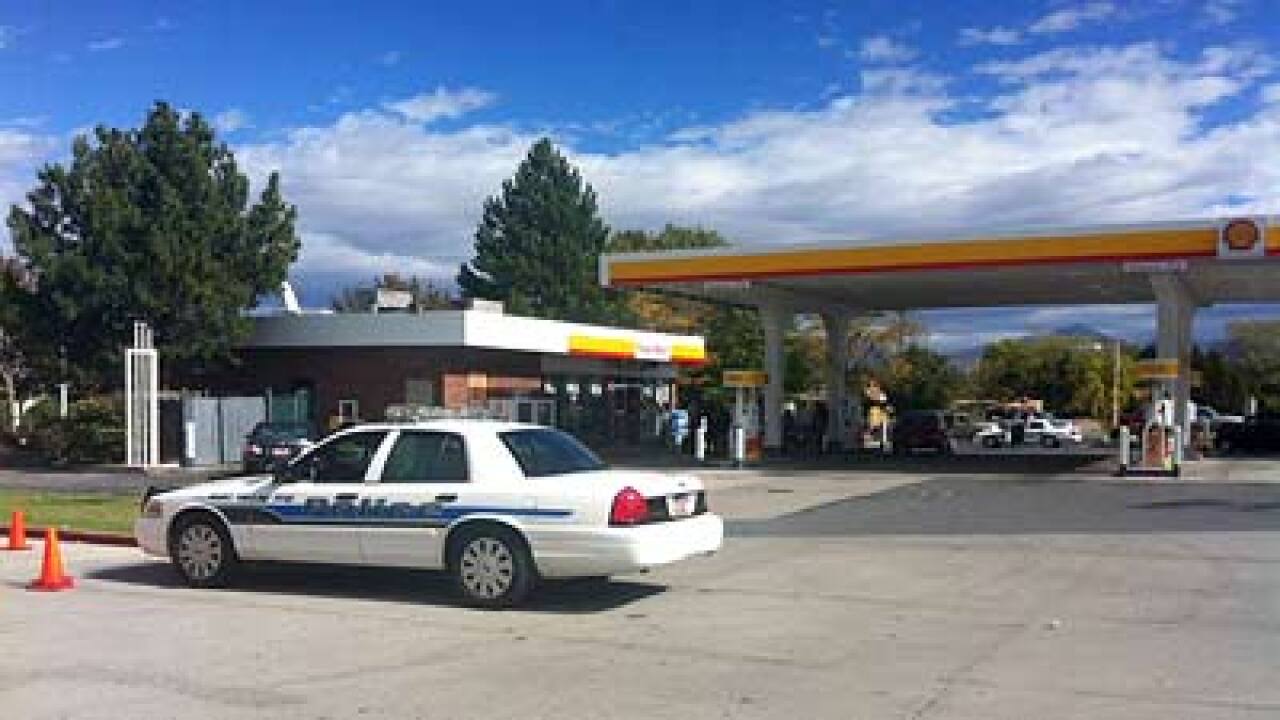 One man was injured in a shooting at a Shell Gas Station in West Valley City Tuesday afternoon.

"It appears he was just a victim of circumstance. We don't believe he was the intended target. As of the relationship between him and the shooters, we don't think there is any," said Sgt. Amy Maurer, West Valley City Police Department.

FOX 13 News cameras were rolling as a man who appeared to be an Asian in his early to mid twenties was taken into custody. Police did not identify that man as a suspect.

Police said no arrests had been made by Tuesday afternoon, but they were looking for three suspects in connection with the shooting.  Detectives said the three suspects are males with darker skin and they left the scene in a white or silver Toyota Tundra pickup truck.