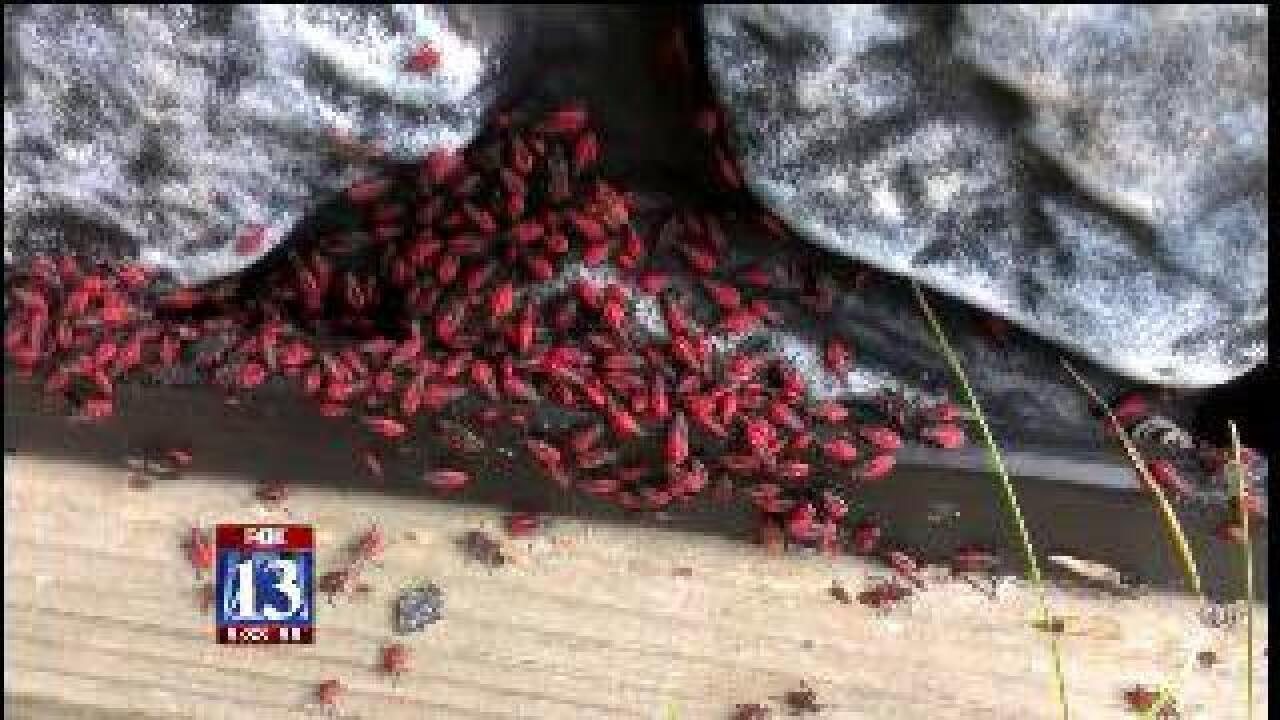 SALT LAKE CITY - Box Elder bugs are being found in large swarms inside and outside Utah homes this year.

The bugs come from Box Elder trees and tend to head wherever there is sunlight or heat. For the most part, they're just a nuisance, but they crawl and fly, which means they can easily get into homes. Hundreds or thousands can invade homes if residents aren't careful.

"They'll have times where they cover an entire wall. It'll actually look like the wall is moving and as you look at it, the whole thing is covered. You can't see anything else," said Curt Anderson, Preventive Pest Control. "When they come and they're looking for warmth, they'll jump on a wall and once one of them knows about it, they'll have all of them out there. There's no real way to prevent them from having that happen."

The best way to keep the Box Elder bugs away is to call pest control. After that, spray your Box Elder trees and make sure window cracks are sealed. The bugs can easily get in through small cracks and once one gets inside, more will follow.