Hatch, Howell face off in only televised debate 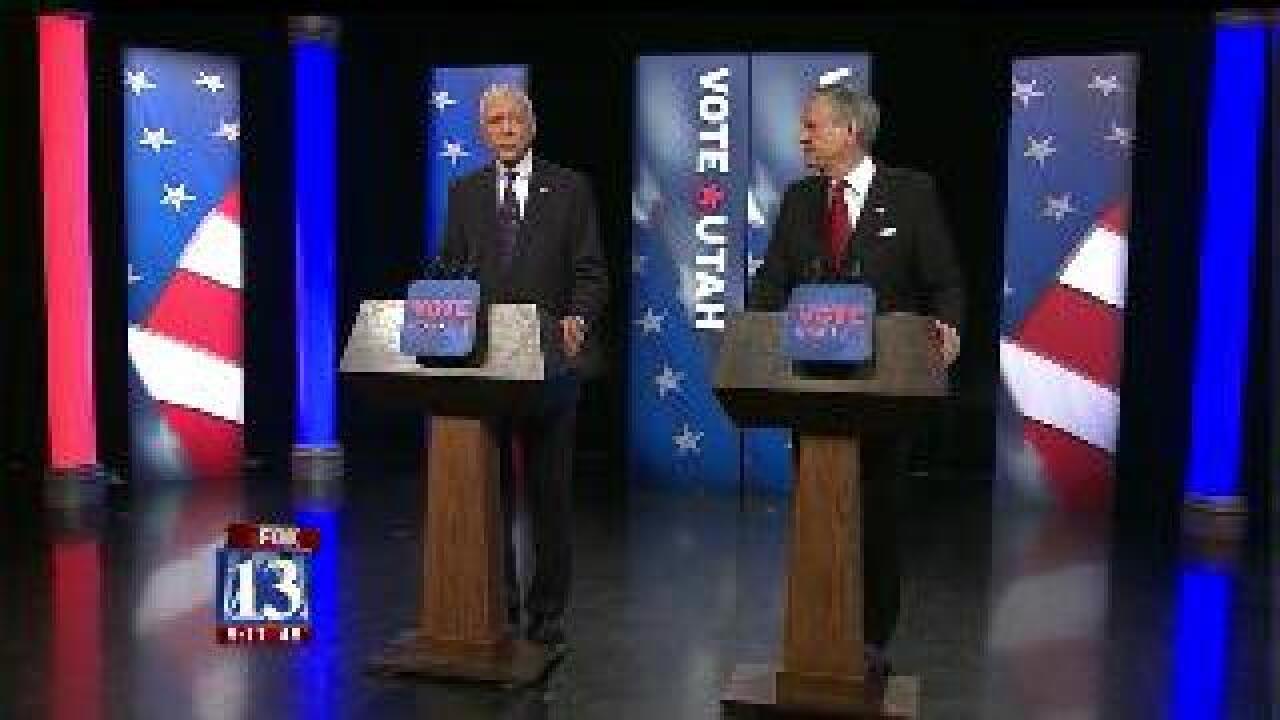 SALT LAKE CITY - Senator Orrin Hatch and former State Senator Scott Howell faced each other in the only televised debate for their race for the U.S. Senate in a discussion that included some lively, passionate and at times surprising comments from each candidate.

Howell used Hatch's calling card - his 36 years seniority - as a point of criticism.

"Ladies and gentleman, a ten percent approval rating in our country is unacceptable," Howell said about the dismal public perception of congress.

Howell made some statements about Afghanistan that could lead to controversy on the national stage occupied by a U.S. Senator.

"The 2000th (U.S. Military) life was lost while we were over there, but the bigger issue is the 300 million dollars a day we're spending. We just can't afford that," Howell said after the debate when he was asked about a comment made during the debate.

"If we do anything, let's send missionaries over there. If anything I think they could do a better than what we've done in the military right now," said Howell, to which Senator Hatch responded, "Good idea."

Afghanistan was one point of clear disagreement between the two men. Howell says the United States has overstayed its welcome and should have gotten out after running al-Qaida into hiding.

"The military has done a great job but we're becoming less and less effective on accomplishing our mission. We've rooted out al-Qaida and now we need to get our young men and women back home," Howell said.

Hatch said he didn't like the way the war was fought, but, "We can't just walk away from our obligations and one of the obligations was to fight and let people know we're not going to be people to step on and sometimes it's a costly proposition."

The two also are on opposite sides of President Obama's Affordable Care Act.

Hatch said it has to be scrapped.

"I don't think you can change it. I think it is such a poor act that you have to repeal it and replace it. Now there are some good things in their that Republicans would have supported but the Democrats just wouldn't deal with it," Hatch said.

Howell responded, "Listen I agree with Orrin that we should have had more bipartisanship back there. But the Affordable Care Act is a stake in the ground of how we're going to improve (health care) and what I would do specifically is take some of those Republican ideas and make it better."

There hasn't been a public poll taken in the race since June. At that point, Hatch had a 34 percent lead over Howell.