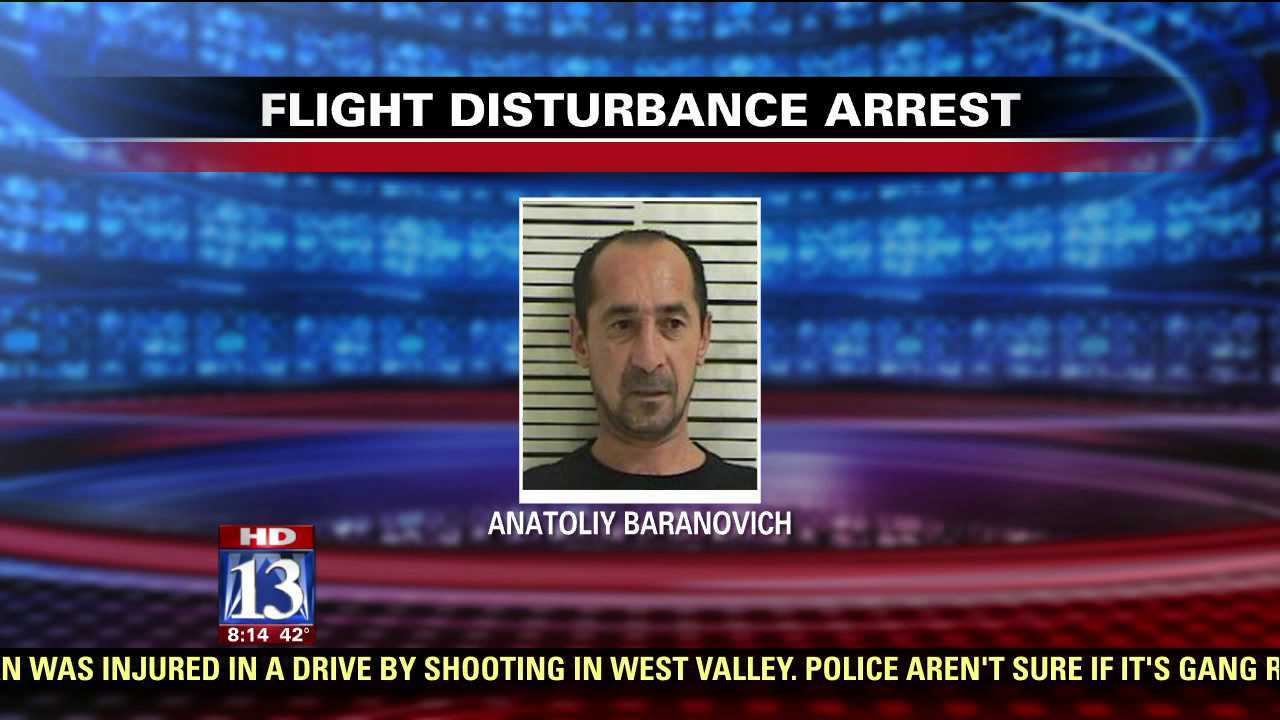 Anatoliy Baranovich was arrested on Monday night. Police said Baranovich fell asleep during the flight. As the plane was landing Monday night, he began yelling to the passenger next to him in Russian that he thought the plane wing was on fire.

After the plane touched down, the suspect allegedly jumped up, ran to the back and opened the emergency exit door. He damaged the plane and allegedly assaulted flight attendants in the process.

When the FBI interviewed Baranovich at the airport, he told them he had been on a long drinking binge, according to charging documents.

A judge set a detention hearing for Friday, where it will be determined if Baranovich will stay in custody until his indictment hearing, which is scheduled for November 1. In the meantime, a probation officer is speaking with Baranovich.

Baranovich has an address in Portland, Oregon where it is believed he was headed when the incident happened on the airplane. He had a U.S. Passport, and is a citizen of Ukraine. Officials are investigating to learn more about his status in the country.

Other passengers held him down until police arrived.