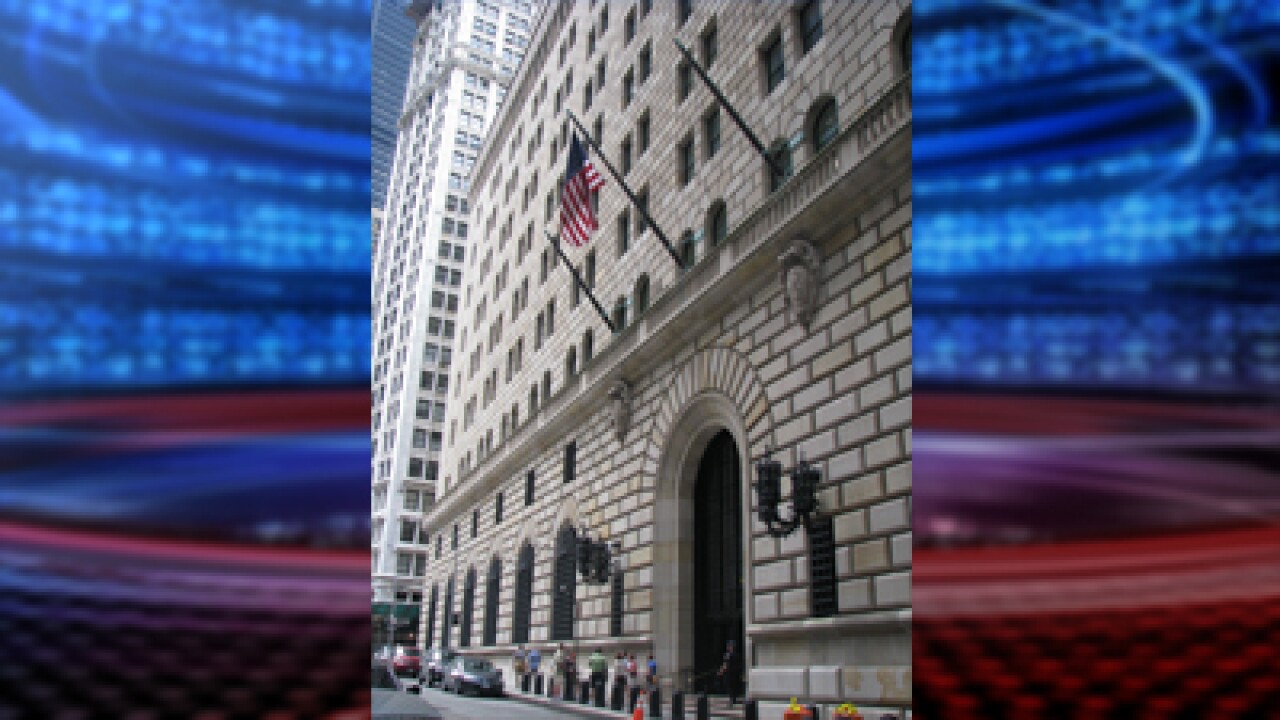 NEW YORK (CNN) — Federal authorities running a sting operation arrested a 21-year-old Bangladeshi national who was planning to blow up the Federal Reserve Bank of New York with what he believed was a 1,000-pound bomb, officials said Wednesday.

Quazi Mohammad Rezwanul Ahsan Nafis was detained after an alleged attempt to detonate the device, which had been rendered inert, according to a Justice Department statement.

Nafis, who is reported to have had overseas connections with al Qaeda, apparently traveled to the United States in January 2012 for “the purpose of conducting a terrorist attack on U.S. soil,” and attempted to recruit members to form a terrorist cell, authorities allege.

It’s not clear if Nafis maintained those al Qaeda connections, but authorities say he apparently claimed that the plot was his own idea as well as his sole motivation for the U.S. trip.

One of the people Nafis contacted was an FBI source to whom he proposed multiple targets, including a high-ranking U.S. official as well as the New York Stock Exchange, authorities said.

While details surrounding the suspected plot remain murky, prosecutors say Nafis indicated that he wanted to “destroy America” by going after the nation’s financial institutions and ultimately settled on the reserve bank.

The undercover agent, authorities say, also provided 20 50-pound bags of purported explosives to Nafis, who then stored the material in a warehouse in preparation for the strike.

Authorities say Nafis also divulged that he had a “Plan B” that involved carrying out a suicide attack should police thwart his initial effort.

Packing his van with what he apparently believed were explosives, Nafis allegedly traveled with the undercover agent to the bank in Manhattan’s financial district, attached a detonator to the material and then recorded a video statement.

“We will not stop until we attain victory or martyrdom,” he allegedly said just prior to his arrest.

But repeated alleged attempts to detonate the inert device failed and authorities say they arrested him soon after.

Much of the sting operation was also captured on video, according to a source with knowledge of the investigation.

Nafis faces charges of “attempting to use a weapon of mass destruction and attempting to provide material support to al Qaeda.”

His arrest came as a result of the “culmination of an undercover operation” after he was being monitored by NYPD detectives and the FBI New York Field Office’s Joint Terrorism Task Force, the statement said.

“Al Qaeda operatives and those they have inspired have tried time and again to make New York City their killing field,” he said in a prepared statement. “We are up to 15 plots and counting since 9/11, with the Federal Reserve now added to a list of iconic targets that previously included the Brooklyn Bridge, the New York Stock Exchange, and Citicorp Center.”

He added that “after 11 years without a successful attack, it’s understandable if the public becomes complacent.”

“But that’s a luxury law enforcement can’t afford,” he said.

Nafis made an initial court appearance Wednesday at a federal courthouse in Brooklyn.

CNN’s Carol Cratty and Raelyn Johnson contributed to this report