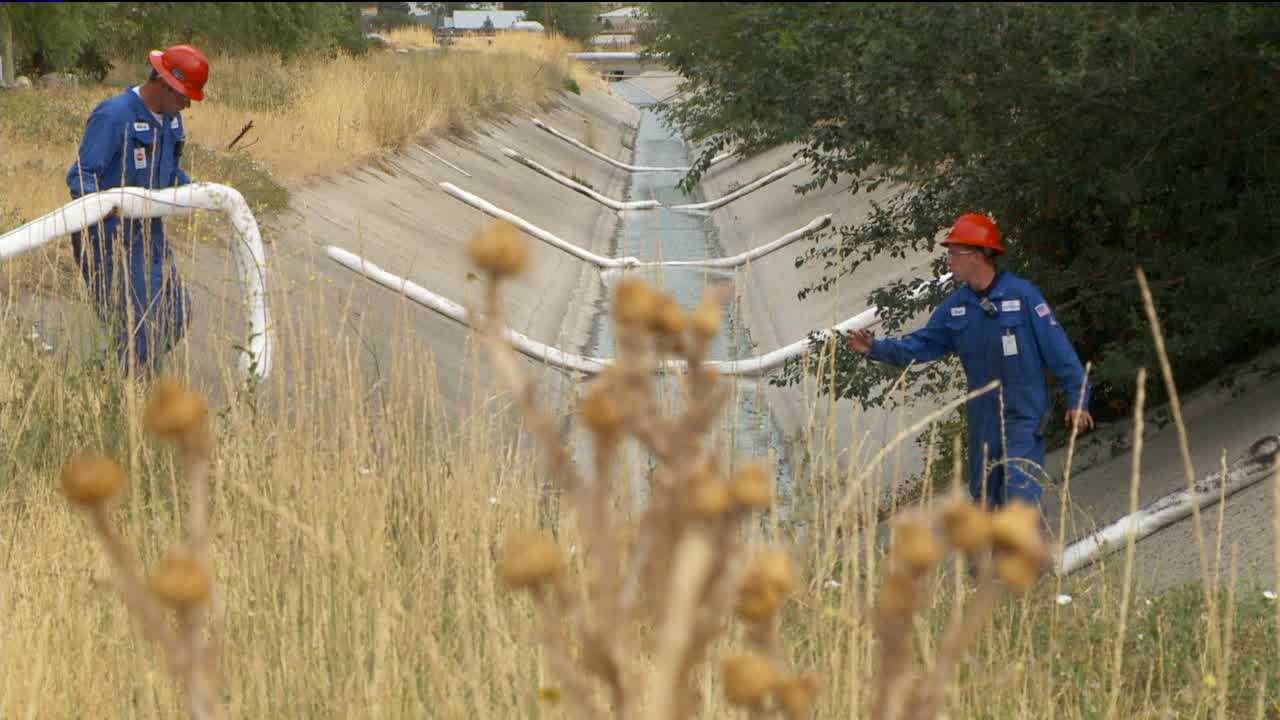 WOODS CROSS, Utah - The Holly Frontier Refinery is still cleaning up the mess left behind from an oil leak in August when more than 8,000 gallons of oil spewed into the air, coating buildings, cars and some property in a mobile home park close by.

More than 400 residents and businesses in Woods Cross have filed damage claims against the refinery since the accident, but of the claims, the company says only 25 cases still need to be resolved.

"The clean up is well underway and almost completed. We've had about a little over 400 people that we've been in contact with who have had some kind of oil at either their home or business," says Conrad Jenson, an engineering manager at the refinery. Jenson says the company has spent about half a million dollars in clean up efforts so far.

Matthew Sweson, a resident in the mobile home park impacted by the oil leak said, "They took full responsibility."

Bonnie Keloa echoed the same sentiment, saying, "They came over and inspected and found it themselves and they gave us a gift card for what it is was. It turned out to be a good gift card, too. We were very satisfied with the way they took care of it."

"They seemed to be pretty much on it. They came the night it happened, they handed out flyers saying if there was anything that needed to be taken care of, it would be taken care of," said Bill Day, another resident in the area.

The refinery says while they work on resolving the rest of the damage claims, they also want to make sure they figure out exactly what went wrong so it doesn't happen again.

"The thing that was missed was the possibility of could there be water in the tank actually even though the tank had been well over 112 degrees," said Jenson.

Jenson said the company thinks build up from pressure in a holding tank may have caused the tank to rupture.