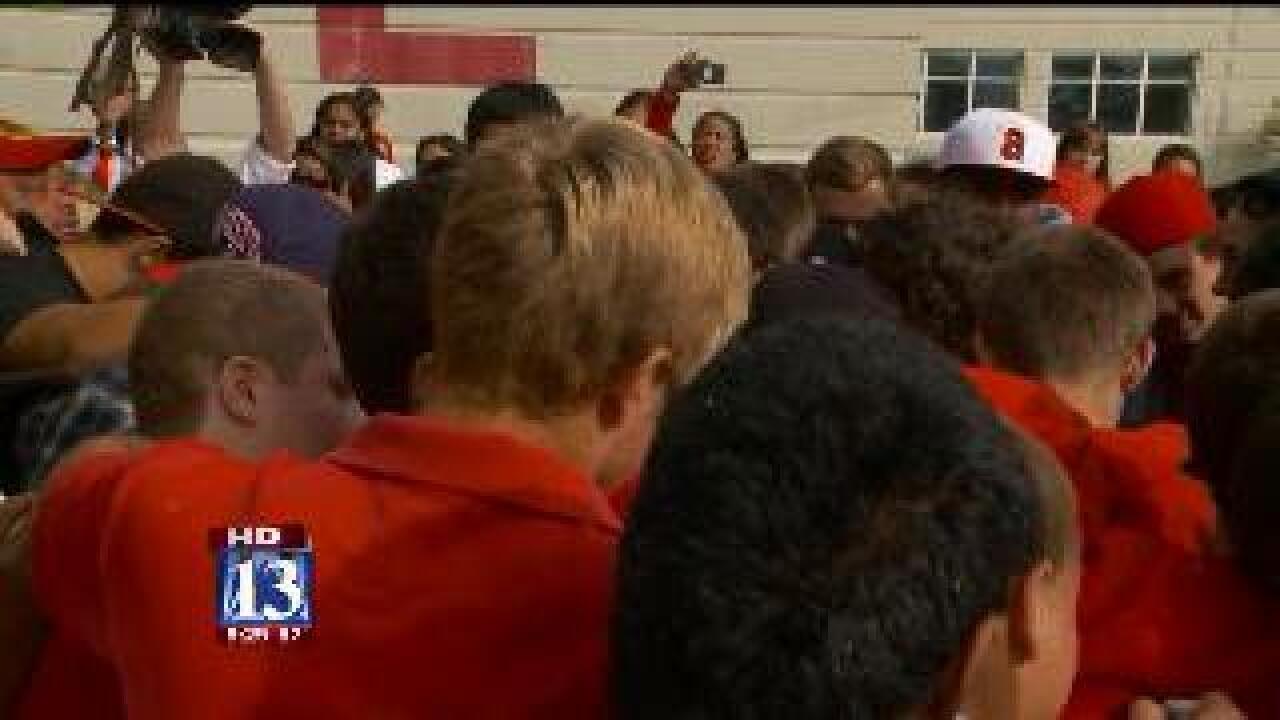 SALT LAKE CITY - From cheers to tears, emotions ran high at East High School after the UHSAA announced the football team will be able to compete for a 4A title.

East High players, parents and students joyfully erupted on the high school field after the announcement.

"What was once taken from us, we got back, said football player Zach Swenson.  “I'm just grateful."

So are parents. Some were concerned if East students couldn't play, it might threaten sports scholarships.

“When you get a chance to play in the playoffs that’s when the scouts come,” said parent Tony Talauli  “Now they’ll get that chance. This is what it’s about, to go on to that next level.”

Dozens of students celebrated after an agonizing 24 hours. Players prayed, other students gathered around car radios waiting for the announcement. East High has been stripped of its region title, will still compete in the playoffs but as a number four seed, not number one.

As the assistant coach explained, is it a longer road to get to the state championship.   “Most definitely,” said Assistant Coach John Chynoweth.

“There will be an extra game, probably some harder competition but we wouldn’t want it any other way.”

“I want to make it clear that these were mistakes made adults, not kids. We have not cheated, we have not recruited. We haven't actively gone and gotten these kids from other programs in blatant disregard for the rules,” said Head Coach Brandon Matich.

Related stories:
East High will be allowed to participate in playoffs
East High football to forfeit 7 wins for ineligible players