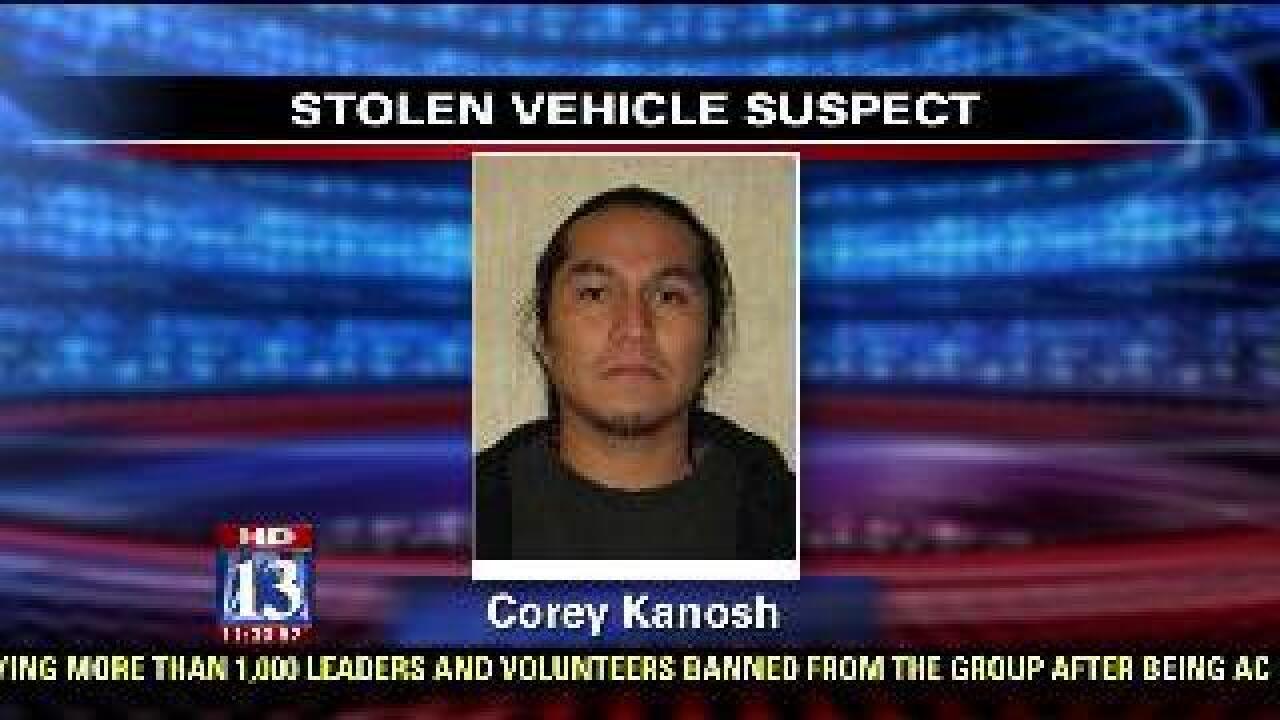 A preliminary report by an outside police agency shows the use of deadly force Monday by a Millard County deputy on a suspect was justified.

Corey Kanosh, 35, was the suspect of a stolen car report. He fled from the officials and then Kanosh allegedly fought with an officer when his car got stuck in rugged terrain. Kanosh was shot and killed during that struggle.

The Utah County Sheriff's Office is doing the investigation and will not have all the evidence back for several weeks, possible a few months.

The lead investigator told FOX 13 News, based on the interview portion of his probe, there was an intense struggle between Kanosh and the officer.

He said that Kanosh, despite being hit by a Taser, was being told several times to show his hands. He refused and allegedly jumped on the deputy. At one point, he allegedly had at least one hand on the officer's throat.

The officer fired his gun as a last resort, as he feared for his life, according to the investigator.

That appears to support what Millard County Sheriff Robert Dekker said on Tuesday.

"And attempted to have him stop, his Taser was deployed," said Dekker. "It ended up being a fight and struggle situation where deadly force was finally employed to save the deputy."

The full report, with evidence including toxicology reports on Kanosh, will be available in several weeks.

However, the Utah County detective felt comfortable issuing the preliminary finding that the use of deadly force was justified.

Kanosh will be laid to rest Saturday on the Paiute Reservation in Kanosh.