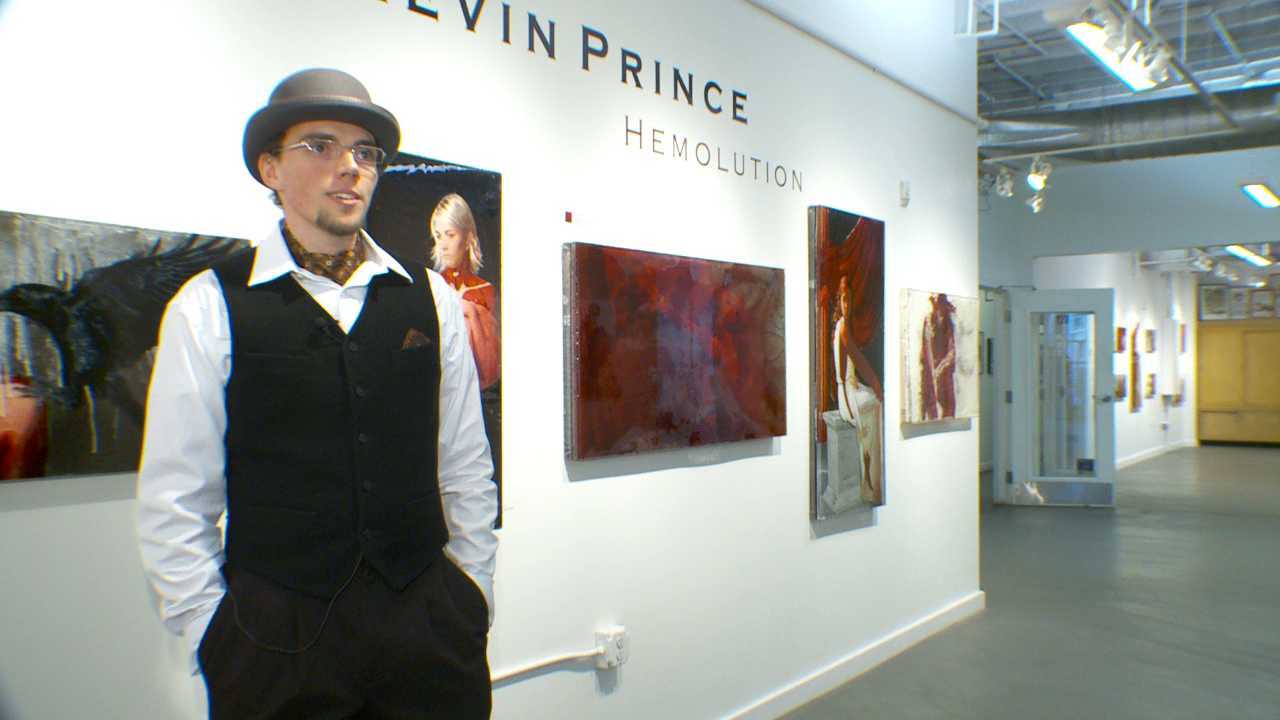 SALT LAKE CITY – A Utah artist is putting himself into his art, literally.

Trevin Prince uses his own blood as pigment. It started as a college experiment and turned into a permanent form of expression. Over a dozen pieces are on display at the Utah Arts Festival Gallery and were featured in October’s Salt Lake Gallery Stroll.

“People usually want to know how much per painting,” said Prince. “I don’t keep track of that.”

But he has kept track of the overall total. In his five years of painting, Prince has used a gallon and a half of his own blood. The average adult has about a gallon of blood.

“When I first started my mother who was a nurse was drawing for me,” said Prince. “She would keep track of how much was being drawn so we didn't go overboard.”

Prince says it was trial and error to find the right consistency, combination of chemicals and the right canvas. He came up with Plexiglass and paints on multiple layers giving the paintings a three-dimensional feel.

“He went deeper inside it and he was daring enough to use human blood,” said gallery attendee Londrea Fowler. “I thought it was kind of cool.”

Prince says he usually gets mixed reaction when people discover the red paint is actually blood. But says the majority are supportive of his art.

Prince’s exhibit “Hemolution” will be on display through November 9th. More information on how Prince uses his blood to paint can be found on his website here.