A pumpkin regatta at Sugarhouse Park

Participants in Saturday's race take giant pumpkins and carve out all the seeds and pulp, leaving only the thick orange shell as a makeshift boat, then race regatta-style across Sugarhouse Pond.

Ross Bowman is a veteran at the Pumpkin Regatta and decided for a different growing technique this year.

"I planted my vines so that they grew north and south instead of east and west," Bowman said. "Last year I had three pumpkins that were over one thousand pounds and my biggest was 1,174 pounds. This year I only had one over a thousand and it was 1,013 pounds, so when you experiment sometimes you do good, sometimes you don't do so good."

His pumpkin might have been smaller, but in the race, Bowman did a good job. He came in first place for the first time this year.

"I've been third four times with my pumpkins on weight and so it's about time I got first on something," he said. 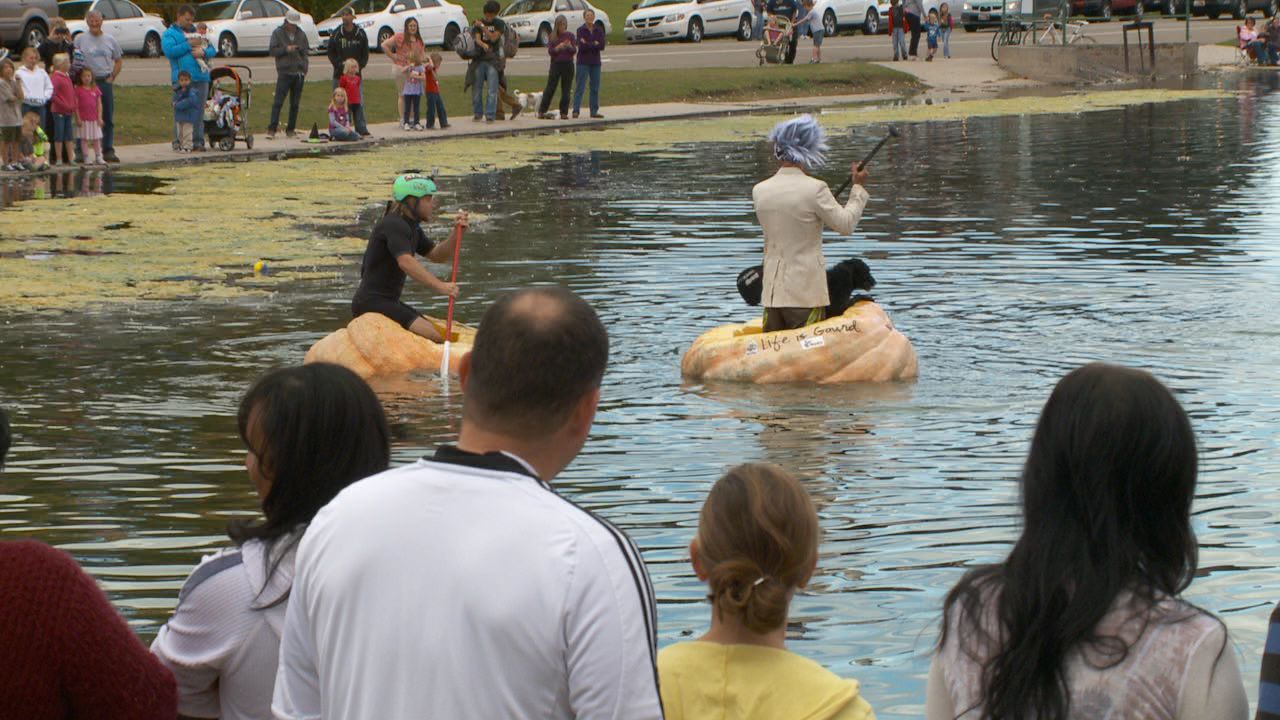