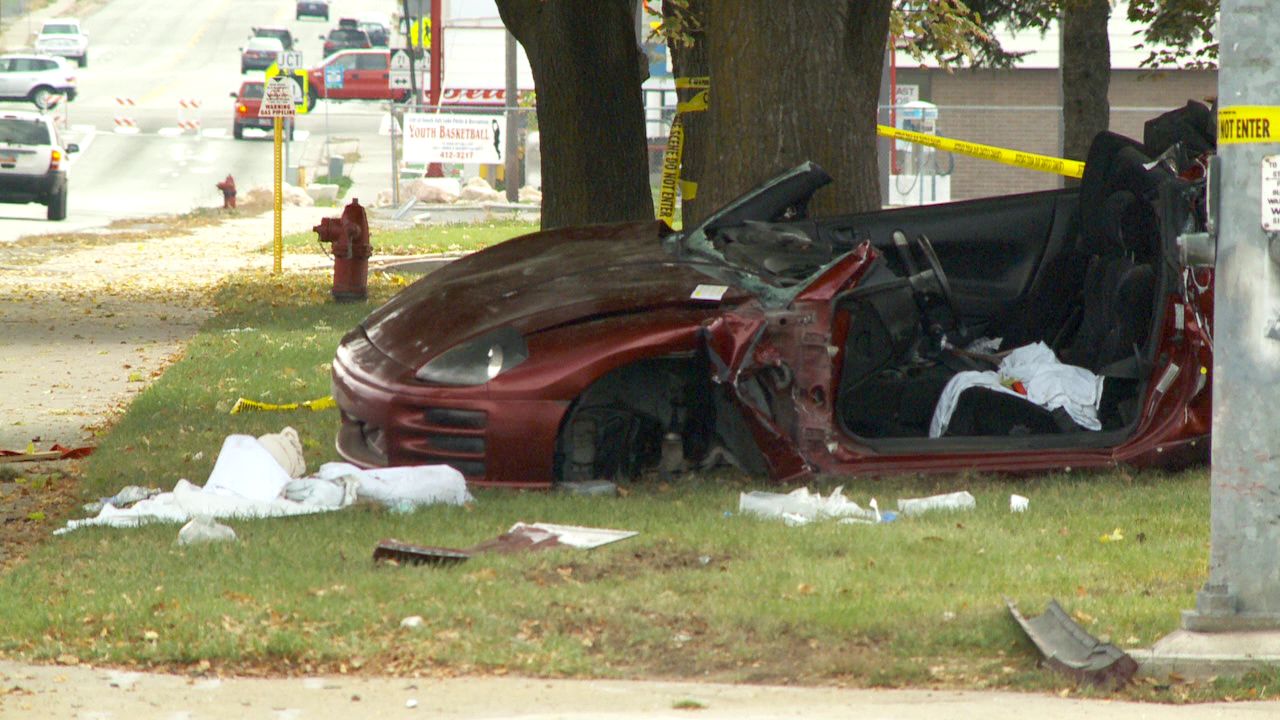 South Salt Lake Police spokesman Gary Keller says that an officer was having a lunch break at 2900 South and 900 West at approximately 3:08 a.m. Sunday. He walked outside and unlocked his police cruiser with a key fob.

A man was standing in the parking lot apparently very close to the vehicle and when the door unlocked, he got into the cruiser, which had the keys in the ignition, and was able to speed out of the parking lot.

“We don’t know if he was looking into cars or what he was doing, but apparently when that door was locked, he had to be standing right at the door and got in the car and discovered the keys were in the ignition or the ignition fob was there and started the car and left the parking lot,” Keller said.

The suspect then fled at a high rate of speed eastbound where he crashed into a Mitsubishi that was stopped at the intersection of 500 East and 3300 South, forcing it across the intersection and into a tree. He also hit a white Volkswagen.

Two people inside the Mitsubishi, a man and a woman in their early 20s from out of state, were transported to the hospital in very critical condition. The woman has since been upgraded to stable condition.

The driver of the Volkswagen, a 52-year-old woman from the Salt Lake area, was transported to the hospital in serious condition. She has been upgraded to stable condition.

The suspect, a 20-year old man from Arizona, was resistant to arrest, but was able to be taken into custody. He was hospitalized in serious condition and is still in the hospital under police supervision in stable condition.

South Salt Lake Police are conducting an investigation into how the man got into the police vehicle and whether any police policies were broken. The officer whose vehicle was stolen is still on duty.