NSL homes demolished because of landslide 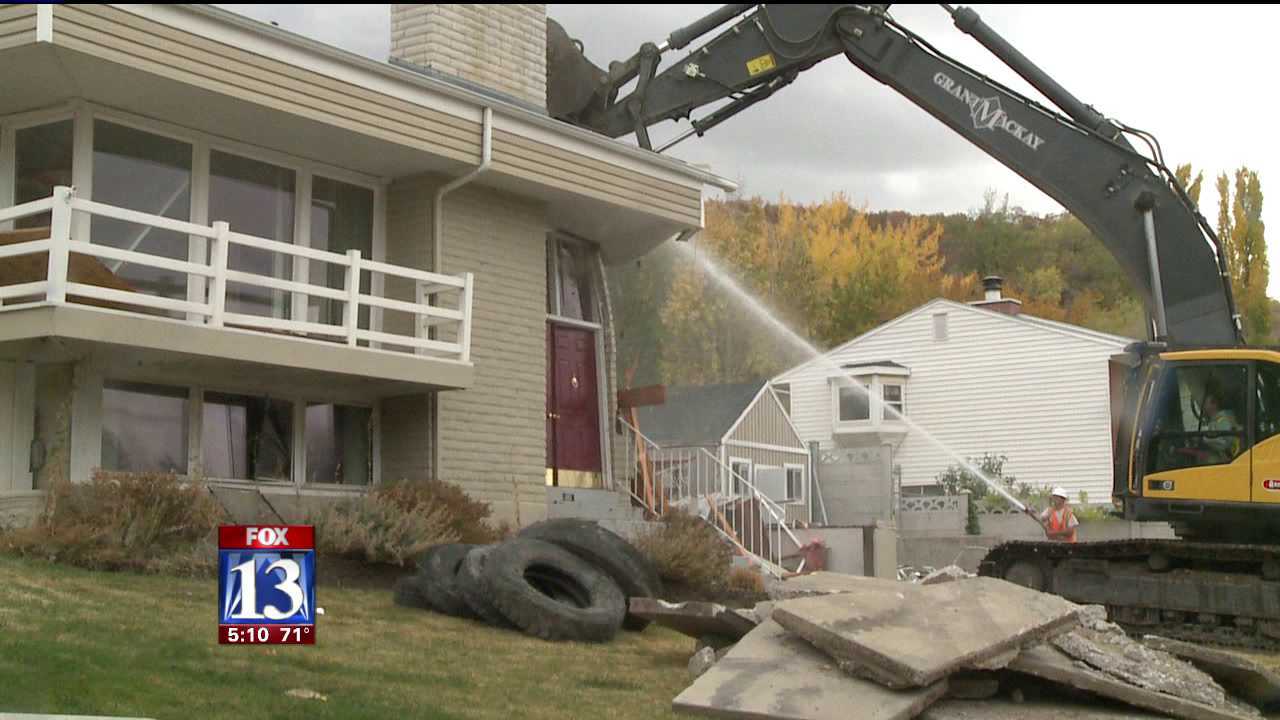 NORTH SALT LAKE - Homes in the Springhill neighborhood of North Salt Lake are coming down before a slow moving landslide does it for them.

Neighbors gathered Monday to watch the latest casualty, Toby Sausedo's former home. 11 homes in all are in the affected area. The city is buying them up so they can tear them down safely.

"You think about memories you have," said Sausedo. "Christmas and having your kids ride their bikes for the first time."

North Salt Lake has been dealing with the problem for years. In June, they acquired close to $2 million dollars in federal disaster funds because of the threat of the blighted area.

"We know these houses ultimately will get pushed over," said North Salt Lake City Manager Barry Edwards. "This just takes care of it in advance."

The Utah Geological Survey is monitoring the landslide. They say it continues to move between 0.0 and 0.2 inches a week. Much of the movement depends on the precipitation in the area.

Edwards say the redevelopment will shore up the land so it doesn't slide into homes downhill. Homeowners are grateful for a way out of the disaster area.

"It's been a very lugubrious day," said Sausedo. "It's strange to see your house being torn down, but at least we can move on."

Sausedo's is the fourth to bite the dust. Neighbors say it's hard to watch every time.

"We were a family instead of neighbors," said neighbor Charlene Tanner. "Everyone has had to go in different directions. It's just a sad thing. It's the end of an era."

Edwards says they're still negotiating with some of the homeowners, but plan to have all the properties acquired by Dec. 1.