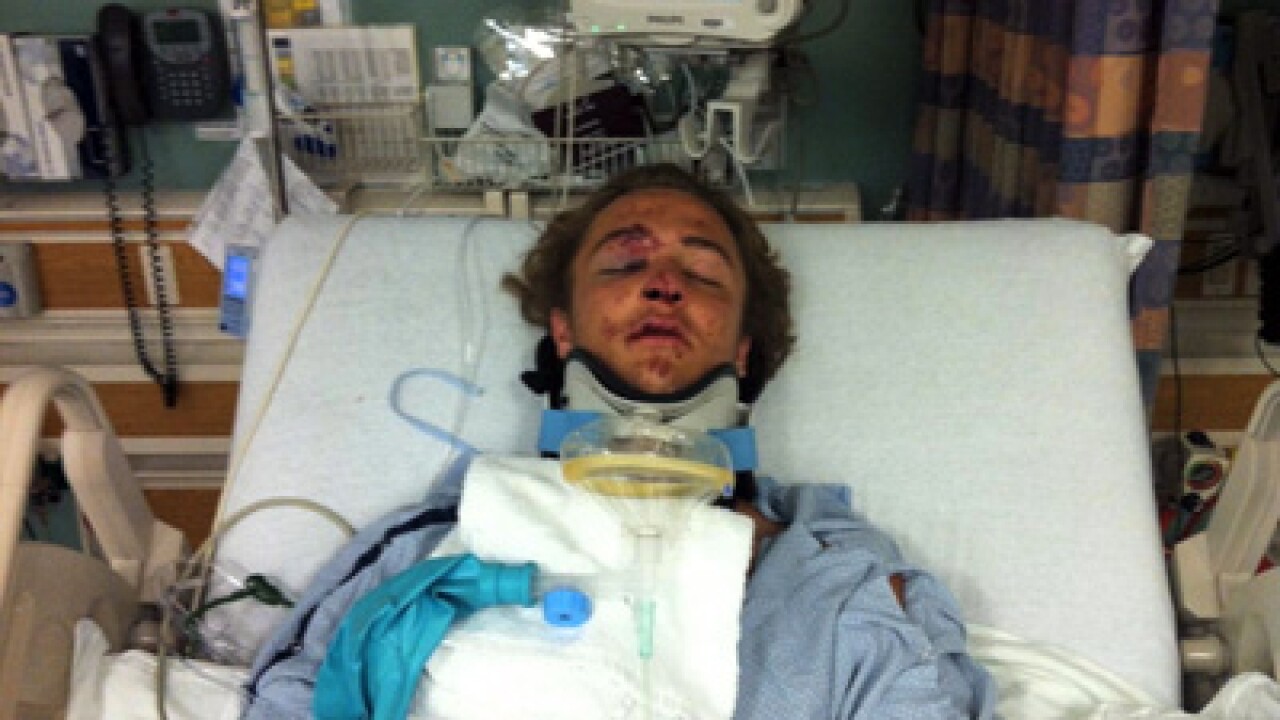 He survived a fall off a cliffside at Lake Powell over the weekend, free-falling about 60 feet before landing on his feet. His family and friends say it is a miracle he didn't die.

Glissmeyer, 16, said he was hiking with friends when he decided to take a shortcut off the hiking path.

Glissmeyer said he slid about 150 yards down the redrock cliffside, then went into a freefall.

"I'm trying to stop myself and the whole time I'm thinking, 'I'm going to die,'" he recalled. "It was the scariest thing in my life. Then I free-fell like 60 feet."

Glissmeyer landed on his feet in the sand, breaking his arm, hips, his orbital bone and his nose. His body is covered in scrapes from the fall. Glissmeyer told FOX 13 he thought he was going to die there.

His friends also thought he was dead, until they heard him screaming.

Martin said he thought Glissmeyer had been paralyzed. A nurse at a nearby campsite helped the teens until paramedics arrived. Glissmeyer was flown by helicopter to a St. George hospital, then transported to Primary Children's Medical Center.

In his hospital room, the walls are covered with signs wishing him a speedy recover. Glissmeyer plays both football and basketball at Alta High School.

"He's in good spirits, and to get to see him and realize what could have happened, it's a good thing," said Alta High School Football Coach Bob Stephens.

Glissmeyer said he's very appreciative of the well-wishes. He tells FOX 13 his near-death experience has sunk in.

"It's definitely sunk in," he said. "I always think about it, especially when I'm about to go to bed this past couple of days. I lived for a reason. Hopefully, there's bigger, better things to do in the future."