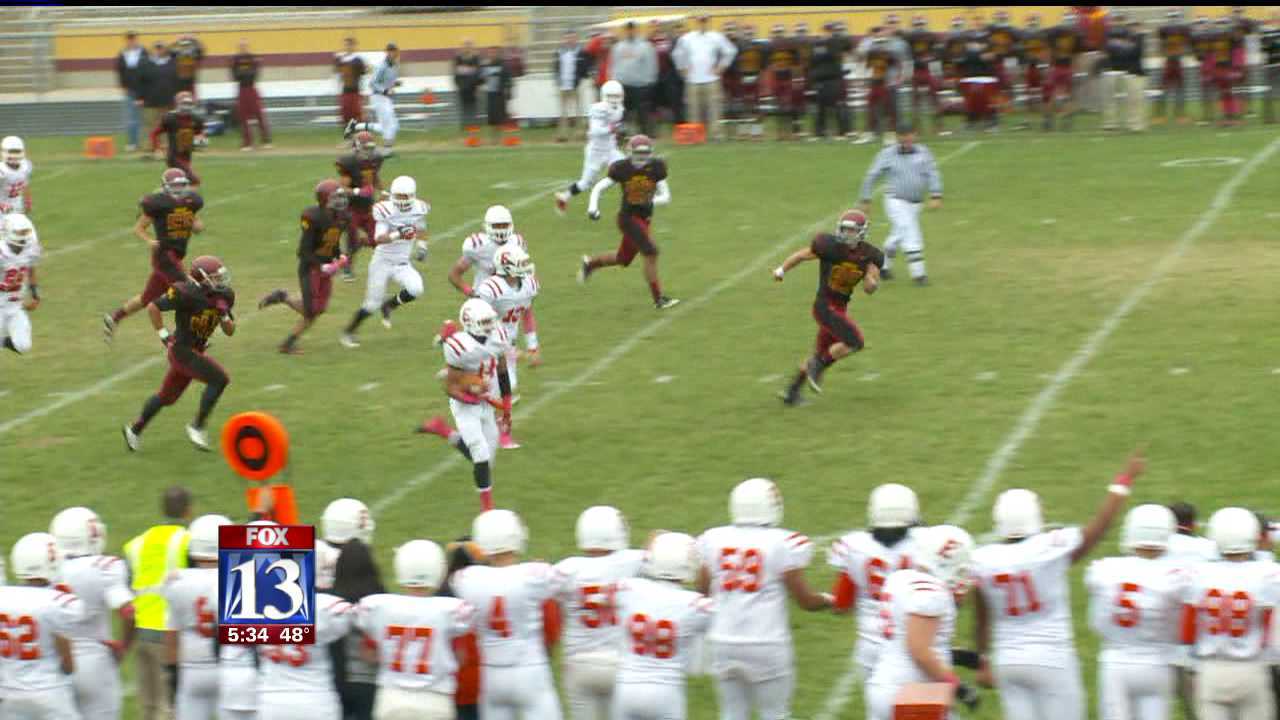 "I think the kids were excited to have a lot of this off the field stuff set aside and just come out and play the game," said Coach Eldracher.

The Utah High School Activities Association (UHSAA) stood by its decision to keep East High in the running despite controversy over whether they should go on.

"All this stuff that's been in the media and down at the Activities Association, they had a hard time understanding it, you know."

East High was a first seed, but as part of the UHSAA's decision, the Leopards were bumped to fourth, which means after today's win they will play against Herriman High in the first playoff game this Saturday.

"It makes it harder yeah it's harder it's going to be harder for us no question about it. We played well today but now we have to turn around and play a team that's kind of been waiting for us since last Wednesday,” said Coach Eldracher.

There has been criticism over whether East High should be allowed to continue to play. Fox 13 asked Eldracher whether his team deserved to play in the playoffs. He replied: “Of course they do, there's no question."

“It was none of the kids fault, none of the kids had anything to do it, it would be such a waste for all the preparation and the time and the practices that they put into it from the beginning of the year until now,” said East High supporter Taniela Pahule.

“Some parents from Mountain View thought the play-in game was an opportunity for their team,” said Mark Breitzing, a father of Bruins player. "It's a good opportunity."

While there was support, others still question the UHSAA's final decision.

"I think it's affected the future of high school sports, it’s made people feel like they've made a mistake and get away with it and somebody will make way for them to still participate," said Mountain View parent Janelle Carlson.

Coach Eldracher says it is time to put everything that has happened behind them.

The UHSAA is looking at changing its rules so this does not happen again.