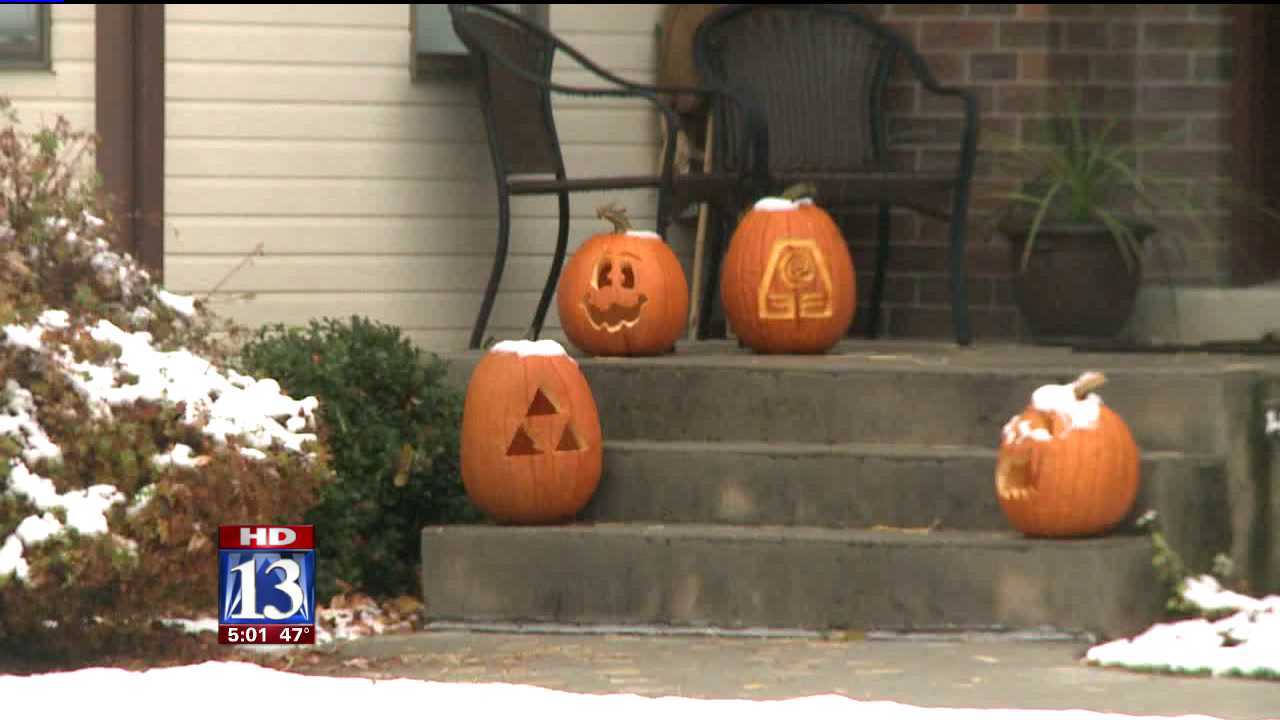 LOGAN, Utah -- Parts of northern Utah saw snow on the ground for the first time Tuesday morning. The white stuff laid down heavy and wet and caused some minor damage and power outages.

Snow piled up several inches in areas of Cache Valley. In Logan, residents went to bed Monday night to the sound of rain and woke up to a blanket of white.

"[I was] a little bit surprised. I thought it would come a little later in the year, but I guess it happens in Logan," said resident Katrina Cooksey.

Officials say they planned for the first snowfall, but sometimes nature gives them a few surprises.

Logan City Light and Power Director Mark Montgomery said although they had the staff ready to deal with snow, they were "caught a little off guard" with the heavy precipitation.

“I got up this morning with no power,” said Logan resident Alain Fairbank. “There was snow everywhere. I was shocked.”

Three hundred homes in Logan were temporarily without power Tuesday morning. The weight of wet snow broke several tree limbs, which brought several power lines down with them.

"We started getting calls probably about four this morning," said Montgomery.

Montgomery said a city circuit breaker "tripped off" as a result from fallen tree limbs.

More snow is expected this week and Logan City officials are putting additional crews on standby as a precaution.