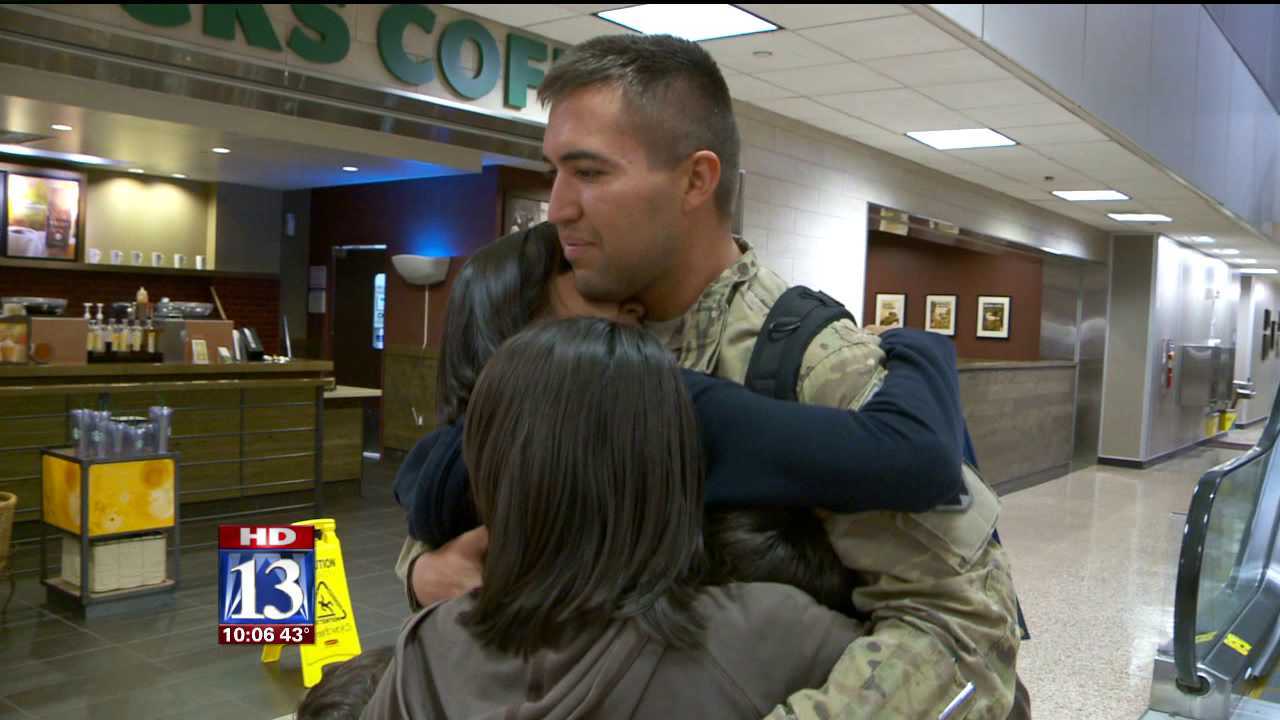 SALT LAKE CITY -- Eight soldiers returned home Wednesday into the arms of family and fellow soldiers who have been waiting.

After a year of waiting, the family of Cpl. Jeremiah Deschine had to wait just a little bit longer at the Salt Lake City International Airport terminal to greet their father, brother and husband.

"It feels great," said Deschine. "I know they missed me. They would call me. We talked on Skype, we Facebooked all the time, sent pictures."

Cpl. Adam Parr has been counting the days to hug his fiancée.

"This is my fiancée who I've been waiting for a whole year," said Parr.

The couple says they were able to Skype and text, which made it a little better. But Courtney Sharp says it was a long wait.

"It was hard, it was really long. But I mean I have his family and they just helped me out through the whole thing and my family," said Sharp.

The soldiers arrived back in the states four days ago, but had to go through post-deployment processing at Joint Base McGuire-Dix-Lakehurst.

They are now done with their mission and will go back to the reserve program, until another mission calls them out.

"We might be activated again, and if so, we`ll go out, but until then, we`re just going to do the reserve thing and go to drill," said Deschine.